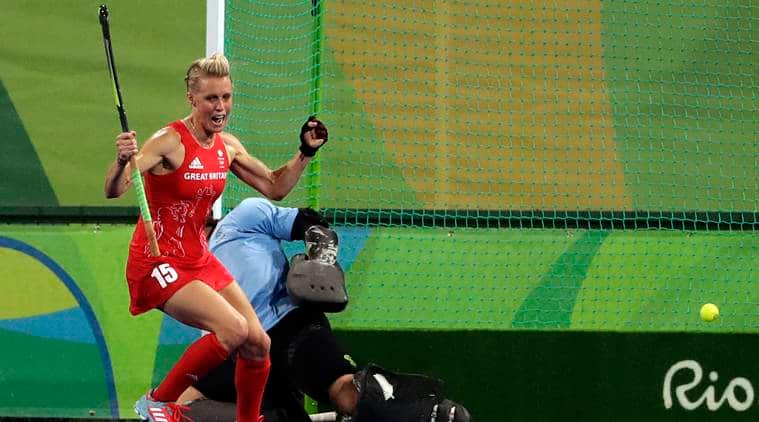 A field hockey player who helped Britain win a gold medal at the Rio de Janeiro Olympics announced her retirement on Thursday after failing to recover from head trauma caused by hitting a brick wall hard while laughing at a joke.

Alex Danson-Bennett said her head injury had been life-changing “in terms of my perspective and things that have happened within my family.”

“It’s difficult because this has been my life,” the 34-year-old Danson-Bennett said on her hockey career.

A key player for Britain when the team won Olympic gold in 2016, she was on holiday in Kenya with her now-husband, Alex, when she threw her head back to laugh at his joke and hit her head against a brick wall.

She suffered a mild traumatic brain injury and said she had to spend 24 hours a day in bed for a few months and struggled to walk to the bathroom. “I couldn’t bear light, sound, touch, anything,” she told the BBC in an interview. “It was almost like my sensory dials had been whacked up. Even holding a conversation, I’d have to talk very slowly.”

Danson-Bennett was told she would make a full recovery and made changes in her personal life in an attempt to get back playing for Britain. “Hockey has always been my priority, but I’ve come to that stage where I can’t do that and it wouldn’t be fair to the team,” she said.

Danson-Bennett said she will be Britain’s “No. 1 supporter” when the team tries to retain the Olympic title in Tokyo this year.