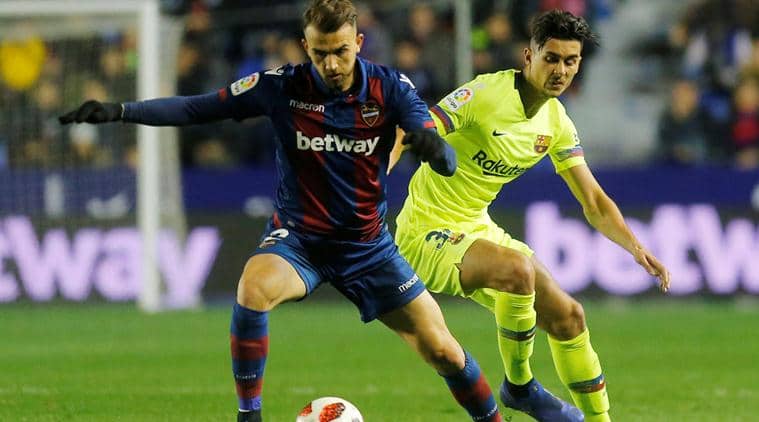 Barcelona will not be penalized for allegedly using an illegible player in a Copa del Rey match.

The judge overseeing competition disputes ruled to “maintain the result of the tie and keep FC Barcelona in the draw for the quarterfinals” because Levante’s complaint was filed almost a week too late.

Levante complained that Barcelona used youth player Juan “Chumi” Brandariz on Jan. 10 after the defender incurred a one-match suspension while playing with the club’s reserve team in the third division. But Levante didn’t realize the possible irregularity until a week later.

Levante won the first leg 2-1, but Barcelona overturned the result on Thursday in the second leg to go through 4-2 on aggregate.

Levante presented the complaint to the federation on Friday, hours before the draw for the quarterfinals.

Barcelona said it did nothing wrong, arguing that Chumi should serve his suspension in the third division.

Levante can appeal the ruling.

Barcelona has won the Copa del Rey for four seasons in a row.

In 2015, Real Madrid was eliminated in the round of 16 of the Copa del Rey for using striker Denis Cheryshev while he was suspended.

Intermittent Fasting Part 2: What You Can, Cannot Eat and Who is Diet Suitable For

Queen Elizabeth video called with members of the Armed Force

CO2 levels haven't been this high for almost 15 million years