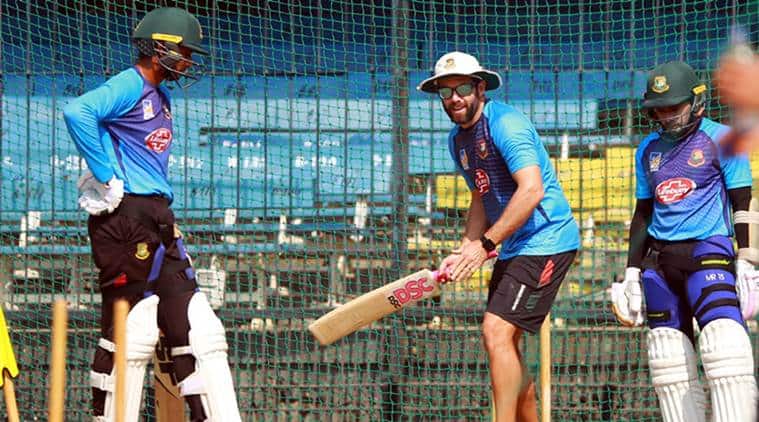 Bangladesh have already broken barriers in two formats against India. It has been 19 years since Bangladesh played their first-ever Test match against India and they are yet to register their first win. It’s even more difficult now as India have been almost-invincible at home, of late crushing every team in their backyard.

Mominul Haque makes his Test captaincy debut as Bangladesh take on India in the first Test of the two-match series at Holkar Cricket Stadium in Indore. India could add to their record winning streak of 11 consecutive Test series victories at home, unless Bangladesh’s players pull off something special.

Bangladesh are without the services of star allrounder Shakib Al Hasan, who was served a two-year suspension for failing to report corrupt approaches by a bookie on several occasions. Opener Tamim Iqbal pulled out of the tour too. Despite these setbacks, Bangladesh did manage to record a historic win in the first T20I.

Virat Kohli returns as captain after a break. The Indian team is leading the World Test Championships table with 240 points while Bangladesh begin their campaign on Thursday.

HE IS BACK – Captain @imVkohli spends quality time at the nets ahead of the 1st Test in Indore 👌🔥💥 #TeamIndia #INDvBAN pic.twitter.com/5Y2BakwRfj

The Indore pitch is a batting-friendly one. Kohli will definitely look to win the toss and bat first as the pitch will assist the spinners in the later stages of the game. The 31-year-old may include three spinners in the team given Ravindra Jadeja has proven himself as a dependable middle-order batsman.

It will be interesting to see whether a struggling Rishabh Pant features in the playing eleven to regain form. Wriddhiman Saha was phenomenal behind the stumps against South Africa, and it’s unlikely he be replaced any time soon.

The team management are spoilt for choice if they have to pick two pacers out of three. Umesh Yadav, Ishant Sharma and Mohammed Shami have dominated batsmen in India. They have used the new ball well to take early wickets and put the opposition under pressure straight away.

For Bangladesh, Shadman Islam is likely to make his Test debut as opener. Islam is expected to open alongside Imrul Kayes. Batting at No.3 will be Liton Das followed by Mominul Haque, Mushfiqur Rahim and Mahmudullah. Rahim is the most experienced batsman in Bangladesh side and is 50 runs away from becoming the highest run-scorer in Test cricket for his side overtaking Mohammad Ashraful.

Mosaddek Hossain may come into the side as an all-rounder, but could lose out if the team decides to include three pacers. Bangladesh are also expected to play both their spinners Mehidy Hasan and Taijul Islam. Left-arm spinner Islam has been impressive for Bangladesh of late and is the second-highest wicket-taker for Bangladesh in the format. Mustafizur Rahman and Shahadat Hossain are likely to be two pacers for Bangladesh.