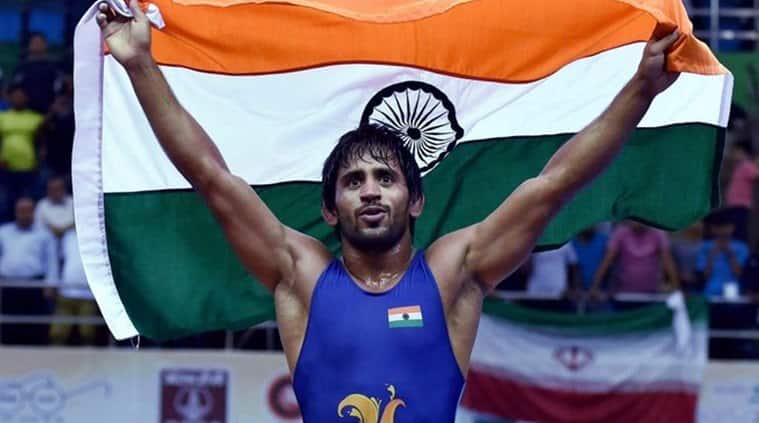 The 25-year-old produced a great comeback to secure a 4-3 win against USA’s Jordan Michael Oliver in the summit clash.

Earlier in the day, Bajrang had won another hard-fought battle against American wrestler Zain Allen Retherford to advance to the finals. He defeated Retherford 5-4.

In the quarterfinal, the Indian sailed past another American Joseph Christopher Mc Kenna 4-2, before getting the better of Vasyl Shuptar of Ukraine 6-4 in the semi-finals.

Ravi Kumar Dahiya, who competed in the 61 kg category instead of his regular 57kg, also bagged gold after defeating Kazakhstan’s Nurbolat Abdualiyev 12-2 in his final bout.

The 23-year-old from Sonepat had advanced to the final round after securing impressive wins over Moldova’s Alexaandru Chirtoaca and Kazakhstan’s Nurislam Sanayev.

However, it was curtains for wrestlers Jitender Kumar and Deepak Punia in the 74 kg and 86 kg category, respectively.

After securing an emphatic 10-1 victory over Ukraine’s Denys Pavlov in his first bout, Jitender failed to replicate a similar show as he lost 0-4 against his Turkish opponent Soner Demirtas in the quarterfinals.

Despite getting another chance to remain in the competition after Demirtas entered the final, the Indian wasted the opportunity, losing 2-9 to Daniyar Kaisanov of Kazakhstan.

Deepak, on the other hand, crashed out in the first round, losing 1-11 to Ethan Adrian Ramos of Puerto Rico.