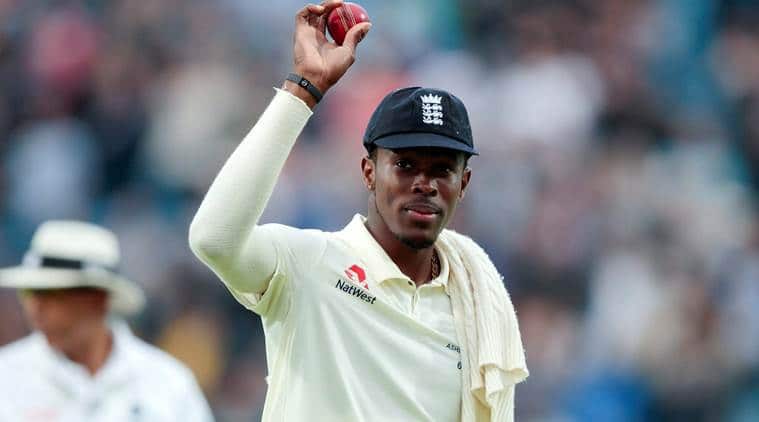 Jofra Archer’s first five-wicket haul in test cricket put England in command on a weather-affected opening day of the third Ashes test at Headingley on Thursday as they bowled Australia out for 179.

Archer completed figures of 6-45 in his second test, Australia collapsing from 136-2 in the final session to give England a good start as they bid to level the series.

“I didn’t do too much differently from Lord’s,” Archer said. “It was a bit bowler friendly today, at times it did go flat and the ball stopped swinging but it started again.

“I’ll more than take 6-45 but I can be tidier in the future,” he added. “It’s been really good so far, from the moment I’ve put the badge on, it’s been the happiest days of cricket so far and hopefully plenty more ahead.”

David Warner made 61 and Marnus Labuschagne 74 in the only substantial innings for the touring side, Labuschagne making his second fifty in a row since replacing Steve Smith who was struck by an Archer bouncer in the second test and ruled out of the third match due to concussion symptoms.

“It’s disappointing it happened like that but they won the toss, bowled and had the conditions in their favour,” Warner said.

“They were patient and our top order got out to good balls, with a couple of strangles as well,” he added.

“It was very challenging in that first half hour. I probably played and missed 35 times but that happens and a little bit of luck comes into it. You just have to work out how to survive.”

England captain Joe Root put Australia in to bat on a wet morning in Leeds.

Stuart Broad and Archer bowled well and after Warner had survived a few scares, Marcus Harris, replacing Cameron Bancroft in the side, edged Archer to wicketkeeper Jonny Bairstow for eight.

The weather cleared up briefly early in the afternoon session and Broad had Usman Khawaja caught down the leg-side by Bairstow.

After further rain delays, Warner started to find his timing and the left-hander brought up his first half century of the series with another boundary.

Labuschagne, as he did at Lord’s when he was Smith’s concussion substitute, batted with great composure and reached his half century from 72 balls.

Archer ended Warner’s resistance, Bairstow taking another catch, and Broad bowled Travis Head for nought with a perfect delivery that hit the top of off stump.

Matthew Wade also fell for a duck off the bowling of Archer when the ball rolled on to the stumps around his legs.

Tim Paine became Chris Woakes’s first victim, given out lbw after a review, and James Pattinson was caught by Root at first slip off Archer for two.

Archer found the edge of Pat Cummins’s bat, his dismissal confirmed after a review, and Ben Stokes ended Labuschagne’s innings, trapping him lbw with a full toss.

Nathan Lyon was last to go in the final over, lbw to Archer to complete a memorable day for the Barbados-born fast bowler.