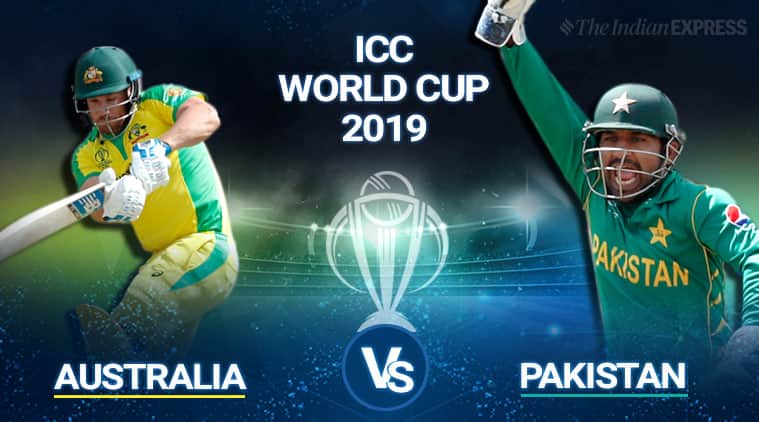 Australia vs Pakistan Aus vs Pak Live Cricket Score Streaming Online: The last time Australia and Pakistan squared off in a World Cup, it ended up being a match remembered not for the result, nor the scores. It is remembered for the fiery rivalry between Wahab Riaz and Shane Watson. Australia is again favored to win the group-stage encounter against Pakistan at Somerset’s County Ground on Wednesday. The Australians come into the match on the back of 36-run loss to India at the Oval on Sunday, when David Warner was uncharacteristically cautious in compiling his 56, Steve Smith scored 69, and the run-rate required eventually got way beyond the lower-order in the run chase.

Dubbed as the most unpredictable team of this World Cup, Sarfraz Ahmed’s side started their campaign with opening loss to West Indies but rallied to beat top-ranked England, a pre-tournament title favorite, to end a run of 11 straight defeats. Pakistan’s third game against Sri Lanka was washed out without a ball being bowled last Friday in Bristol and the teams had to share the points.