US President Donald Trump gave a special shout out to former India cricketer Sachin Tendulkar and current India captain Virat Kohli at the “Namaste Trump” rally at the Motera cricket stadium in Ahmedabad on Monday.

More than 100,000 people were packed into the world’s largest cricket stadium, giving Trump the biggest rally crowd of his political career.

Trump began his speech by declaring that he traveled 8,000 miles to deliver the message that “America loves India, America respects India and America will always be faithful and loyal friends to the Indian people.”

He called Modi a “tremendously successful leader” who has transformed the country.

At the stadium, Bollywood songs with a nationalistic pitch played as a cheerful crowd, many of them students, wearing Trump and Modi masks, awaited the leaders. 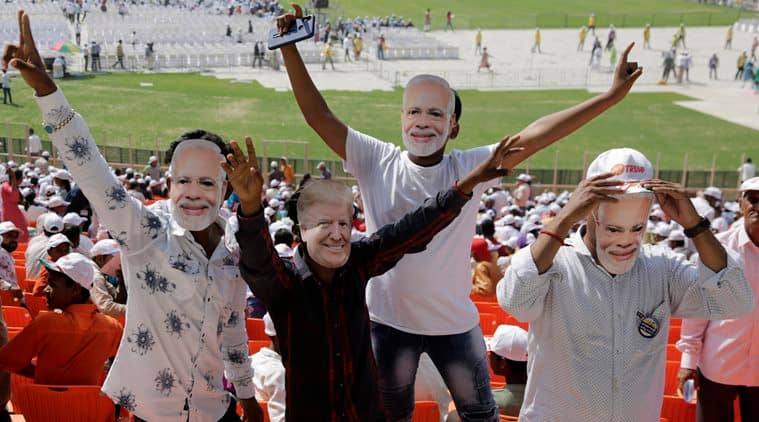 In his speech, Trump spoke about the legendary India cricketers: “This is the country which has given greatest cricket players Sachin Tendulkar to Virat Kohli.” Incidentally, on this day in 2010, Tendulkar had created history by becoming the first batsman to score a 200 in ODIs.

This is the country where you people cheer on some of the world’s greatest cricket players from Sachin Tendulkar @sachin_rt to Virat Kohli @imVkohli – Donald Trump @realDonaldTrump #SachinTendulkar #ViratKohli #DonaldTrump #NamasteyTrump pic.twitter.com/9tUvFXKrGv

Nearly everyone in the newly constructed stadium in Ahmedabad in western India sported a white cap with the name of the event, “Namaste, Trump” or “Welcome, Trump,” and roared for the introductions of both Trump and India’s Prime Minister Narendra Modi.

After Telangana Chaos, Andhra, Karnataka Have Quarantine Deal For Migrants

Out of my mind: Amidst lockdown, poor need karuna