Young archer Shivangini Gohain was airlifted to Delhi after an arrow pierced her neck. (Twitter/ANI)

Shivangini Gohain, a 12-year-old archer, was airlifted to the AIIMS Trauma Centre here from Guwahati after an arrow pierced her neck during training on the eve of the Khelo India Games. Dr Amil Lathwal, medical superintendent of the centre, confirmed the admission of the Assam girl. “She was admitted to the hospital around 8 pm. Doctors at our centre are examining her and a decision on the treatment will be taken soon,” he told The Indian Express.

Sports secretary Radhey Shyam Julaniya, confirming the mishap, said that the Sports Authority of India (SAI) was overseeing the archer’s treatment. “The archer who met with an accident in Dibrugarh has been airlifted to Delhi. The SAI is bearing all the expenses of her treatment, including air travel and a senior SAI official has been detailed to ensure that she gets the best treatment at the hospital without any problem,” he said.

The sporting event will witness competitions in 20 national-level multidisciplinary games in the under-17 and under-21 categories. Almost 6,500 athletes are expected to participate in the Games, which will run from January 10-22. 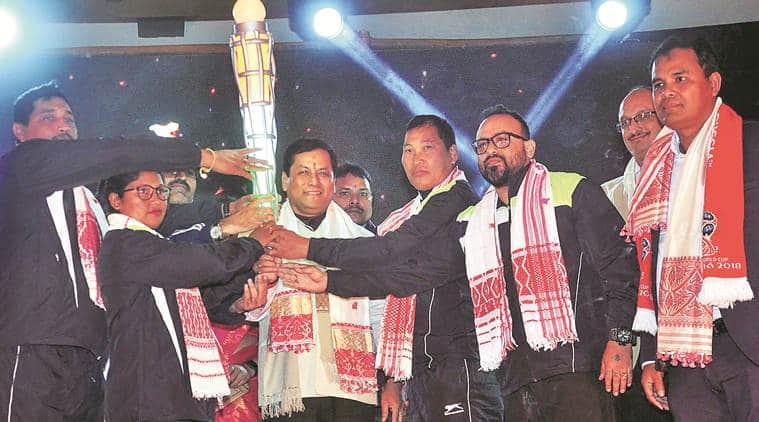 With Asian Games 400m silver medallist Hima Das set to be the final torch-bearer at the opening ceremony but not competing on her home track, Jharkhand recurve archer Komolika Bari is among the biggest names competing. The World recurve cadet girls’ champion will seek to add the U-21 crown to the U-17 gold she won in Pune last year.

Defending champions Maharashtra and runners-up Haryana will be locked in a keen tussle in the third edition of the Games, which begin at the Sarjusarai Sports Complex in Guwahati on Friday.

Maharashtra, who cornered a total of 228 medals in the last edition, have fielded a 579-strong contingent and are expected to be rolling in medals this year too.

They will, however, be wary of Haryana, who have with come with a bigger, stronger team and are eager to topple them.

Haryana, champions of the inaugural edition, boast of 682 athletes and are confident of giving Maharashtra and the other 34 States and Union Territories a run for their money.

Delhi, Number 3 in both the earlier Games, will also be keen to move up the ladder once the action gets underway. The home state is also bidding to breach the top 10.

Dadra and Nagar Haveli have the smallest team of three athletes, a 100m sprinter and two table tennis players representing the Union Territory. Making their Khelo India debut, the Union Territory of Ladakh is the only other team with single-digit representation with two archers and five boxers. The kabaddi event has already began in Guwahati on Thursday.