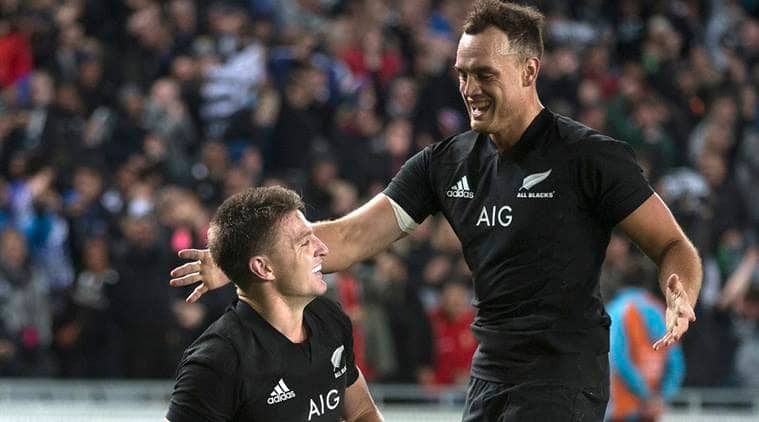 Players and coaches in many professional sports around the world have already taken pay cuts while leagues are suspended. (Source: AP)

All Blacks head coach Ian Foster says he will take a pay cut and players will follow suit as New Zealand Rugby cuts expenses while professional competitions are shuttered during the coronavirus outbreak.

In a radio interview Saturday, Foster confirmed he and other coaches had agreed to substantial pay cuts as long as New Zealand Rugby’s revenues are affected. He did not give a percentage figure.

“With rugby, when there’s no games there’s no revenue and that’s a tough thing. There’s been a lot of shaving of the programs and what it’s also come down to is cutting salaries. That’s happened for some and happening for others.”

Foster said he had spoken to several All Blacks players who accept their pay will be cut and are prepared to make that sacrifice while the southern hemisphere Super Rugby tournament is suspended. July test matches in New Zealand and Australia are also in doubt.

“It’s a different sort of process for players but I know that they’re willing to go into that space too,” he said.

“As we go through the next few days that will be finalized.

“It’s a given, they understand that. It’s just a matter of working it through so all the different levels of players are dealt with fairly. I haven’t had one player yet who doesn’t know it’s going to happen or doesn’t accept that it’s going to happen.”

Players and coaches in many professional sports around the world have already taken pay cuts while leagues are suspended. Foster said New Zealand rugby has been hard hit by the shutdown.

“We’re obviously in a high-cost, high-revenue industry and when the revenue dies you’re left with high costs. So it’s a no-brainer. There’s going to be some pain.”

The head of the Australian Rugby League Commission, Peter V’landys, said he expected on Monday to announce a rescue package for clubs and players during the coranavirus crisis. The National Rugby League is suspended indefinitely, putting clubs and the sport itself under extreme financial pressure.

“I will put a package to the commission on Monday morning and then hopefully make an announcement that afternoon that I think the players and the clubs will be happy with,” V’landys told the Sydney Morning Herald.