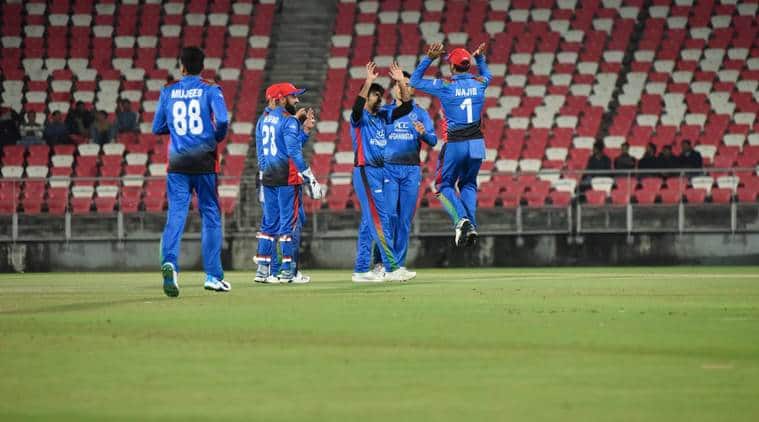 Two weeks after being sacked as the Afghanistan captain from all formats and the board announcing split captaincy for all three formats, Asghar Afghan has been named in their squad for the ICC World Cup 2019. Also finding a place in the 15-man squad is veteran seamer Hamid Hassan.

The Asian nation has named the 15-man squad after culling eight names from the initial 23-man squad that was named on April 5. Following which, Afghanistan were involved in a training camp in South Africa to zero in on the final squad.

Chief Selector, Dawlat Khan Ahmadzai commented, “It is has been a six-month preparation process for the ICC Cricket World Cup. The mission is to play inspirational cricket in the tournament; I know there are strong teams but we will do our level best to achieve our goals.”

Ahmadzai added,” As chief selector, It is my duty to select a competitive team. However, there were some challenges that we needed to handle. We selected the best squad considering factors such as experience, fitness, team balance, current form and conditions.”

“We hope to play great cricket without any fear and with a fighting spirit in the tournament” said the Chief selector.

Remarking on veteran Pacer Hamid Hassan’s inclusion in the squad, Ahmadzai added, “Luckily for us, the come-back of senior Fast bowler Hamid Hassan is a good news. However, we will take into account his form and fitness during upcoming practice matches. “

With each team playing nine matches in the round robin format, Ahmadzai said they’ve included Ikram Alikhil, a young wicketkeeper batsman, as a reserve.

“The final decision has been made based on many facts and considerations. I would like to thank all those who continue to support our national heroes.” The Chief selector concluded.

The training squad played six practice matches during their time in South Africa, before returning to Kabul for the announcement of the 15-man squad and three reserve players for the marquee event.