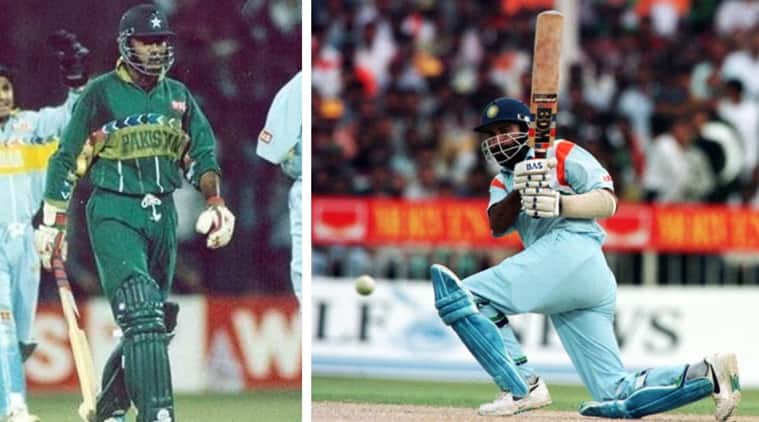 Aamer Sohail said Navjot Singh Sidhu had not threatened to beat him with a bat, as had been claimed by several reports, during the 1996 Pepsi Cup match in Sharjah, but that they instead had a conversation about telling Pakistani bowler Waqar Younis to tone down his sledges.

Speaking on his Youtube channel, Sohail said he had a clarification to make about the incident. “In a comedy show, Sidhu had talked about an anecdote. I had confronted him about it on a news channel in 2005 when we were talking. He again talked about that incident, and I told him that things had not happened the way he thinks,” he said.

“I also told him that Aaqib Javed is in town, and the three of us can sit together and have a discussion on it. Last time, when I was commentating during Asia Cup, this incident was raised again, and I clarified it. But he quoted this anecdote in a different way, so I think, I need to give a clarification on it,” he said.

“Sidhu paaji was batting somewhere in the 90s. In the middle of an over, he came to me angrily and said ‘Aamir paaji, teach your fast bowler. He is doing this wrong’, so I asked him ‘paaji, what happened’. So, he said ‘he’s throwing abuses at me’. So I told him ‘paaji, ignore him.

“He’s a fast bowler, they have a habit of talking’. So he said, ‘no, no, say whatever you want but don’t give abuses’. So I said ‘okay paaji, I will tell him after the game, you go on and play’.

“That’s all that happened, and I don’t know what he is thinking and bringing up this incident. This is the truth,” Sohail said.

Sidhu scored 101 in the match as India won the match on the back of a huge partnership between Sidhu and Sachin Tendulkar. One of the most enduring associations with that match is the image of Sidhu striding towards Sohail with his bat in hand. Sohail, however, ‘clarified’ that the contents of their exchange were not as aggressive as it had looked.