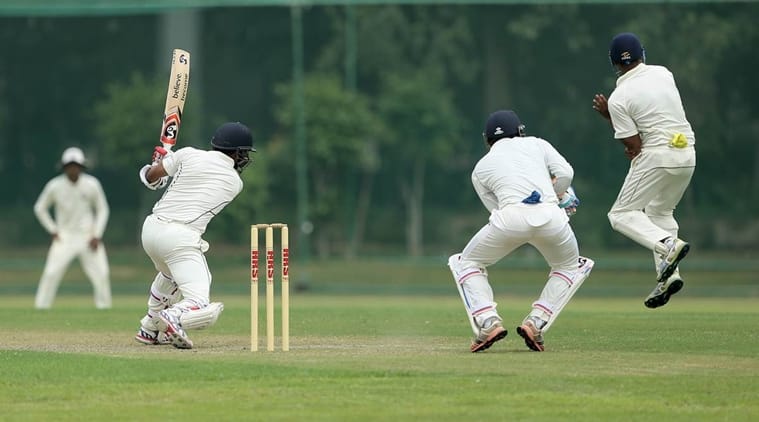 DRS will be implemented in the Ranji Trophy semifinal match between Saurashtra and Gujarat. (Representational Image)

In a first, the Decision Review System (DRS) will be implemented in the Ranji Trophy when Saurashtra take on Gujarat in the semifinal of the premier domestic competition, starting in Rajkot on Saturday.

The teams will be given four referrals per innings but the technology will not have Hawk-Eye and Ultra Edge, two key components of the DRS used in international games.

Last week, BCCI’s general manager of cricket Saba Karim had said the limited use of DRS was always planned for the Ranji Trophy semifinals and not from the knockout stages.

The decision to introduce limited DRS was taken after the umpires committed a few howlers in some knockout games of the previous season. The semifinal will be held at the SCA Stadium in Khandheri.

“In each innings, each team shall be allowed to make a maximum of four player review. Where a request for a player review results in the original on-field decision being reversed, then the Player Review shall be categorised as successful and shall not count towards the innings limit,” the release stated.

Saurashtra Cricket Association president Jaydev Shah welcomed the decision of having DRS in Ranji trophy. He stated that the Ranji Trophy along with Vijay Hazare and Syed Mushtaq Ali are the most important events in India’s domestic calendar and DRS should be used in at least the semifinals and finals of these tournaments. This is Saurashtra’s sixth appearance in a Ranji semi-final.

The other semi-final of the domestic championship will be played between Karnataka and Bengal. In July, Karim had said the DRS will be used from knockouts.