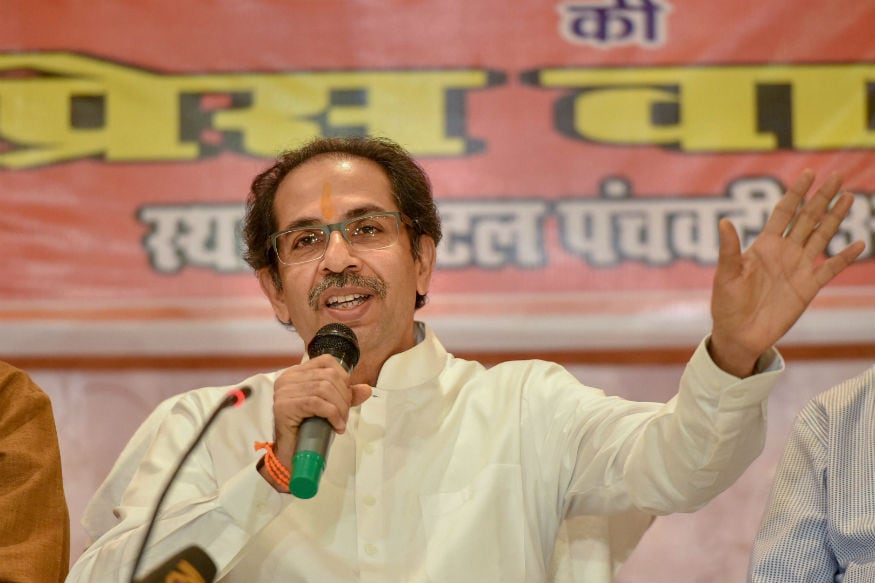 Former NDA ally Shiv Sena, which supported the Citizenship Ammedment Bill in the Lok Sabha, has indicated it may reconsider its position on the legislation if the government does not clarify on the changes suggested by the party when the statute comes up for consideration and passing in the Rajya Sabha on Wednesday.

"We will not give support to the Bill unless things are clear," Maharashtra Chief Minister Uddhav Thackeray said on Tuesday.

The Lok Sabha passed the bill — which seeks to provide Indian citizenship to non-Muslim refugees coming from Pakistan, Bangladesh and Afghanistan after facing religious persecution there — on Monday despite protests from Northeastern states as well as opposition parties that accused the Narendra Modi government of discrimination.

The party had earlier questioned whether "selective acceptance" of Hindu illegal immigrants will act as a trigger for a religious war in the country and accused the Centre of apparently doing an "invisible partition" of Hindus and Muslims over the bill.

The Uddhav Thackeray-led party also said "vote bank politics" under the garb of the bill (CAB) is not in the interest of the country. In an editorial in the party mouthpiece 'Saamana', the Sena also raised the timing of the bill saying, "There is no dearth of problems in India now but still we are inviting new ones such as CAB. It looks like the Centre has made an invisible partition of Hindus and Muslims over the bill".

The Sena, which has 18 MPs in the Lok Sabha, also pointed out that most of the states from the North East region have opposed the CAB along with Bihar where the BJP is sharing power with the JD(U), and West Bengal.

At the same time, the Sena has appealed to Prime Minister Narendra Modi to take a strong action against some neighbouring countries that torture Hindus like he had taken against Pakistan. "It is true that there is no other country for Hindus except Hindustan. But by accepting only Hindus among the illegal immigrants… will it be a trigger of a religious war in the country?" the Sena questioned.

The situation seemed to change on Tuesday when Shiv Sena troubleshooter Sanjay Raut tweeted about an “evolving situation”, hinting that the party may not vote the same way it did in the Lok Sabha where it supported the bill.

Meanwhile, the Congress has said it welcomed the Shiv Sena's decision to reconsider supporting the contentious Citizenship (Amendment) Bill in Rajya Sabha. Congress spokesperson Manish Tiwari told reporters that if the Shiv Sena changes its position on the bill in Rajya Sabha realising that it was against the basic tenets of the Indian Constitution, then the party "welcomes" it.

Former chief minister Devendra Fadnavis targeted the Shiv Sena saying that it had supported the Bill in Lok Sabha on Monday but now Thackeray had taken a different stand for Rajya Sabha. "Shiv Sena should stick to its old stand on CAB and NRC and not change it to save the Maha Vikas Agadhi (MVA) government," he said.