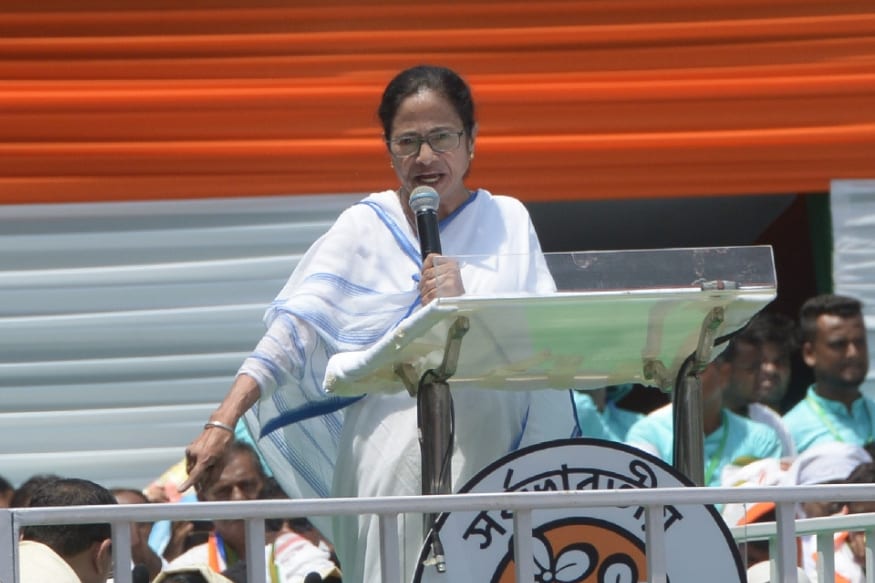 Kolkata: Days after meeting Prime Minister Narendra Modi, West Bengal Chief Minister and Trinamool Congress supremo Mamata Banerjee on Monday announced a series of nationwide agitations in the coming days against the Centre’s decision to disinvest government organisations and public sector undertakings (PSUs). The protest programmes are scheduled to be held in several places, including Kolkata, Mumbai, Chennai and Delhi, during September and October.

Addressing a gathering in Kolkata called to protest against disinvestment of profit-making PSUs, Banerjee said, “It is shameful that the Centre is going for the privatisation and corporatisation of government organisations. On October 18, we will launch a nationwide protest march that will be held in all the metro cities. We will continue to raise our voice till the government reverse its decision.”

She said demonstrations will be organised in front of the Gun and Shell factory and at Coal India headquarters in the city on September 26-27. “On October 18, there will be a protest march from Sealdah to Fairlie Place in Kolkata. Simultaneous protests will be held at the same time at Mumbai, Chennai, Patna, Delhi besides other places. There will be a 48-hour dharna in New Delhi by Trinamool Congress leaders,” she added.

She said the Centre was planning to privatise major sectors like telecommunications, banking and defence. “I would like to assure all the employees of these sectors that we will fight till the end to resolve the issue. Such decisions will harm the employees. It is an anti-people move,” she added.

Recently, before going to Delhi to meet the PM, Banerjee had said that she would certainly raise the issue of disinvestment with Modi. On August 30, the BJP-led government at the Centre had announced four major mergers of public sector banks, bringing down their total number from 27 to 12. The move was aimed at transforming the state-owned lenders into global-sized banks.

Soon after, the TMC supremo had written to the PM in protest against the Centre’s unilateral decision to merge two public sector banks headquartered in the city without consulting the state government.

In her letter, the Bengal chief minister had said the merger and threat of shifting the banks’ headquarters from the city would affect the developmental momentum of the state. Earlier too, she had written to the PM urging him to stall and reverse the process of corporatising ordnance factories in the interest of national security and the country's defence.