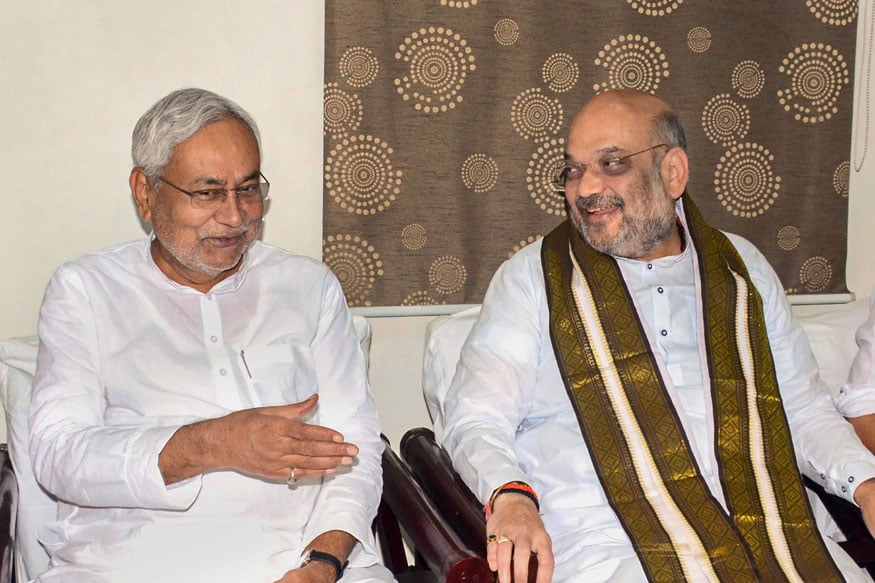 Bihar chief minister Nitish Kumar extended birthday greetings to Union home minister and BJP chief Amit Shah, who turned 55 on Tuesday, but the time it took him to post a message has triggered speculations about the health of their alliance in the state.

"Heartiest congratulations and good wishes to Shri Amit Shah ji on his birthday. Wish him a long life and good health", Kumar, who is also the JD(U) chief, tweeted in Hindi.

Notably, the JD(U) chief’s message came late in the evening, three hours after even leader of the opposition (RJD) Tejashwi Yadav had come out with his birthday greetings. The sequence of events set the rumour mill spinning.

There have been speculations that notwithstanding Shah’s recent assertion that Kumar will lead the NDA in the assembly polls next year, room has been left for suspicion.

Shah’s unequivocal statement to News18 last week was followed by state BJP president Sanjay Jaiswal expressing the hope that Kumar would "show a big heart" by allowing the party to contest as many seats as the JD(U).

Similar sentiments were expressed, later on, by Union minister Giriraj Singh a known detractor of the chief minister, who has been rebuffed by the BJPs top leadership on more than one occasion for displaying undue aggression.

NDA sources say that the JD(U), which had till the 2010 assembly polls contested more seats than the BJP, is wary of losing its status as the senior coalition partner in the event of both parties fielding their candidates in an equal number of constituencies.

At present, the JD(U) has 69 MLAs as against 54 of the BJP in a 243-strong House. Notably, in 2015 when JD(U) had allied with RJD, both parties had contested an equal number of seats but Lalu Prasads party ended up with a bigger tally.

In the Lok Sabha polls this year, the BJP and the JD(U) contested 17 seats each but while the former clocked a cent percent strike rate, the latter won 16.

The BJP is, however, expected to bargain hard for an equal partnership in the assembly polls in the backdrop of it having sacrificed five sitting seats to accommodate the JD(U) in the Lok Sabha polls.