'Why is Chidambaram Still in Jail?': Sharad Pawar Says Govt Using ED and CBI Against Him, Oppn Leaders 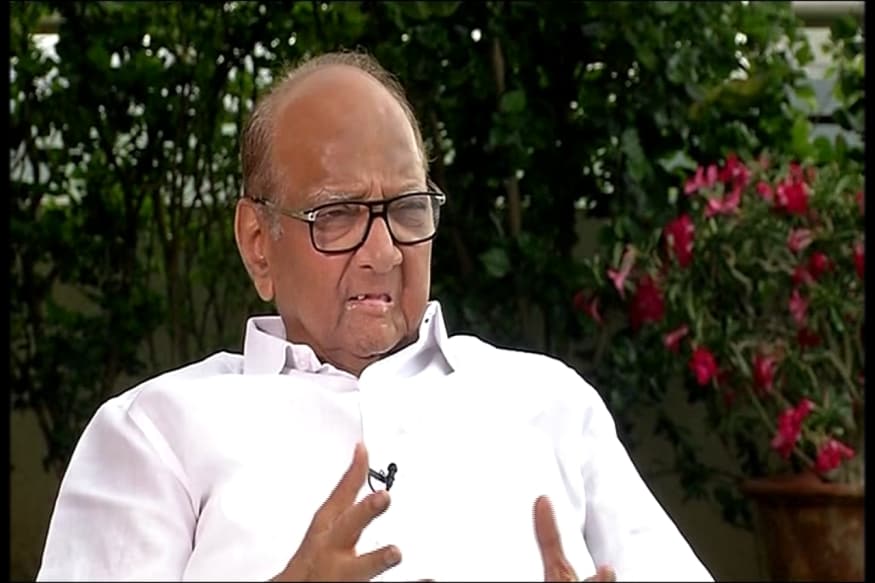 Mumbai: Veteran politician and NCP president Sharad Pawar has accused the BJP government of misusing central agencies like Enforcement Directorate (ED) and CBI to silence him and other opposition leaders.

In an exclusive interview to CNN News18, Pawar said the government has adopted the policy of suppressing all the political leaders that work against the ruling party. “I don’t know what the case against Raj Thackeray is. But he was sent a notice. What was the need to register a crime against me? Effective leaders like Chidambaram, I, are being targeted by the government. Why is the ED not completing its inquiry against Chidambaram? The inquiry is still pending. Why is he in prison for so many days now? The government is trying to suppress us. I have told them, I am ready to face the consequences,” he said.

When asked about the case registered against him by the Maharashtra Police’s Economic Offences Wing, and later by the Enforcement Directorate, Pawar reiterated that he was never associated with the bank.

“The cooperative banks are known to have gone out of their way to save sick units, in the past as well. Now, if a sugarmill is sick, what will happen to the sugarcane farmers in that region? In such cases, the government itself tells the cooperative banks to save the mill. In this case, I was never associated with Shikhar Bank. There are elected representatives of the district in that bank. State cooperative banks advance institutions, and not people. For reviving sick units, help is needed. That money was recovered too. It is true that there is a complaint that rules were flouted to help the sick unit,” he said.

“What was the need to register crime against me?” Pawar asked.

The ED had last month registered a case of money laundering against Pawar, his nephew and former deputy chief minister Ajit Pawar, and others in a criminal case in connection with the Rs 25000-crore scam pertaining to the Maharashtra State Cooperative Bank (MSCB).

The case is based on a Mumbai Police FIR that had named the then directors of the bank, former deputy chief minister of the state Ajit Pawar, and 70 former functionaries of the cooperative bank. Pawar, a former chief minister of Maharashtra, has been named in the ED FIR on the basis of the police FIR, they said.

But Pawar said he has nothing to do with the bank. “The petition filed in the court said that I am involved because the elected representatives listen to me. If an elected body listens to somebody, how can they be made an accused? This isn’t even my work. I wasn’t even a part of the Maharashtra government then. What was the need to register a crime against me? The EOW registered a case and the ED suddenly picked it up. I only wrote to them saying I am willing to come and face inquiry.”

When asked if he thought it was a wrongful case against him, he slammed the government.