'Where are 40 Lakh Immigrants,' Digvijaya Singh Hits Out at Amit Shah over NRC 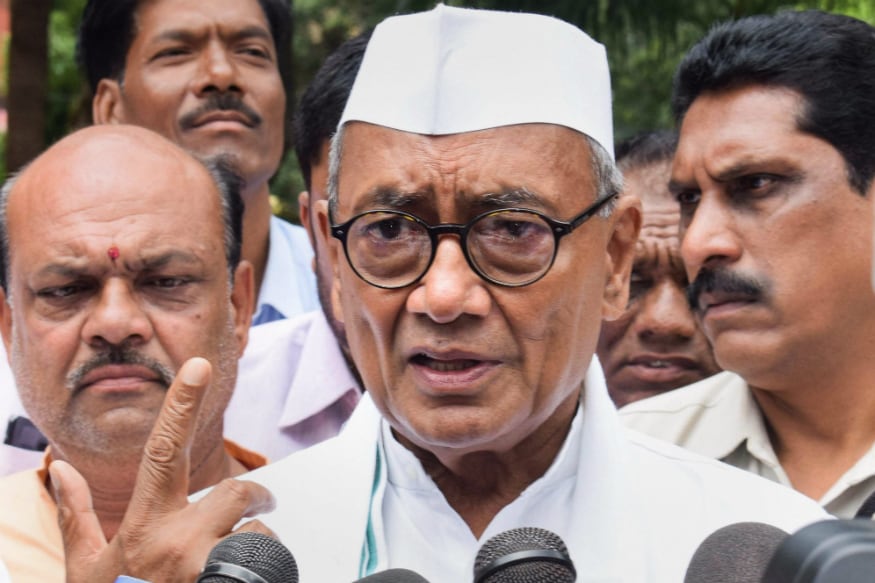 Indore: Senior Congress leader Digvijaya Singh on Saturday alleged that Union Home Minister Amit Shah used to claim that there were 40 lakh illegal immigrants in Assam, which was belied by the National Register of Citizens (NRC).

The BJP-led government at the Centre was misleading the public on the issue, the Rajya Sabha member said here. "Shah used to say there are 40 lakh immigrants (in Assam). Now, where are these immigrants?" Singh said.

The final NRC, published on August 31, left out 19 lakh people for lack of proof of Indian citizenship. "You should also ask Kailash Vijayvargiya (BJP general secretary), Shah's number two, where are these 40 lakh immigrants?" Singh said. "It is their (BJP) old habit of creating confusion across the country by doing politics on the basis of religion," he said.

Taking a swipe at Prime Minister Narendra Modi's `Fit India Campaign', the Congress leader said, "The economy is in a bad shape due to the prime minister's wrong decisions, new investments are not coming and people are losing jobs. "But without worrying about the economy, he is spinning a new slogan every day.

"We are very happy that the prime minister is worried about the health of people. But we are already healthy. I have been doing yoga for almost 50 years and don't need to learn this from anybody else," the former Madhya Pradesh chief minister said.