'When Can I Come? No Conditions Attached': Rahul Gandhi Hits Back at J&K Governor Malik 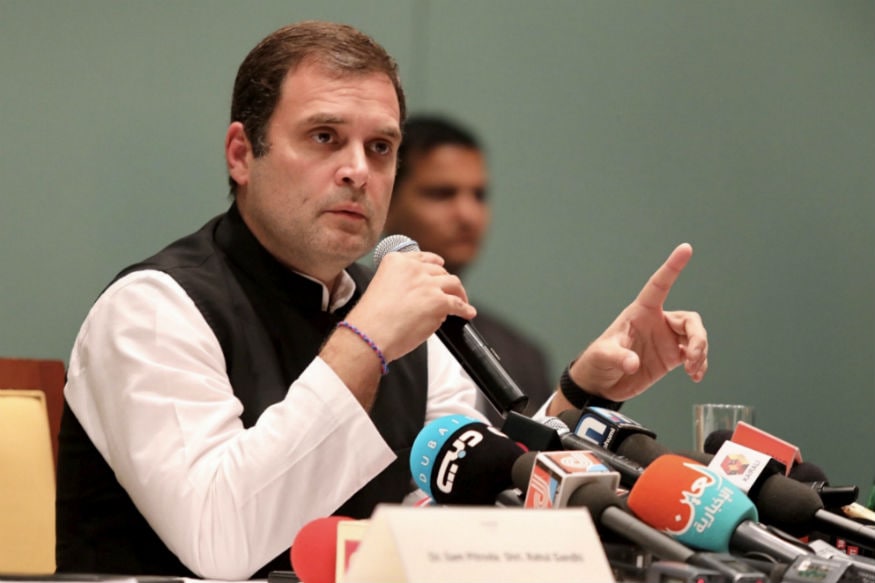 New Delhi: Former Congress chief Rahul Gandhi on Wednesday said he was ready to accept the invitation of Jammu and Kashmir Governor Satya Pal Malik to visit the state “with no conditions attached” and asked when he could come.

"Dear Maalik (sic) ji, I saw your feeble reply to my tweet. I accept your invitation to visit Jammu & Kashmir and meet the people, with no conditions attached. When can I come?" he said in a tweet.

On Tuesday, Malik had lashed out at Gandhi for putting "pre-conditions" for a visit to Kashmir Valley and alleged he was trying to "create unrest" by seeking to bring a delegation of opposition leaders.

Following remarks by Gandhi that there have been reports of violence in Kashmir, Malik had said on Monday he will send him an aircraft to visit the Valley and observe the ground situation.

Gandhi has put forth many conditions for the visit, including meeting mainstream leaders under detention, the governor said in a statement. Malik said he had never invited the Congress leader with "so many pre-conditions" and has referred the matter to the local police and administration for further examination.

But by now removing all conditions, Gandhi is seeking to put the Governor in a tough spot. Previous attempts by political leaders, including Congress’ Ghulam Nabi Azad and CPI(M)’s Sitaram Yechury, to visit J&K had been unsuccessful as they were turned away from the Srinagar airport.

The Kashmir Valley has been under curfew since the special status was revoked by the Parliament on August 5 and has turned into an information blackhole with telephone lines, internet and television networks blocked and restrictions on movement and assembly.

The government and police say that situation in the restive Valley has been calm, but has asked for more time to lift the curbs. Foreign media, who have visited the state, however, paint a different picture and say that there have been protests, firing and pellet gun injuries.

Hitting back at the Governor for "taking a U-turn" on his offer, the Congress had earlier in the day said Malik should stand by his word.

Senior Congress leader P Chidambaram said Malik’s invitation to Rahul Gandhi to visit the state was a "tool of propaganda" and never sincere. He said alleging that Rahul Gandhi has put conditions is rubbish, as he only asked for freedom to meet everyone, including soldiers.