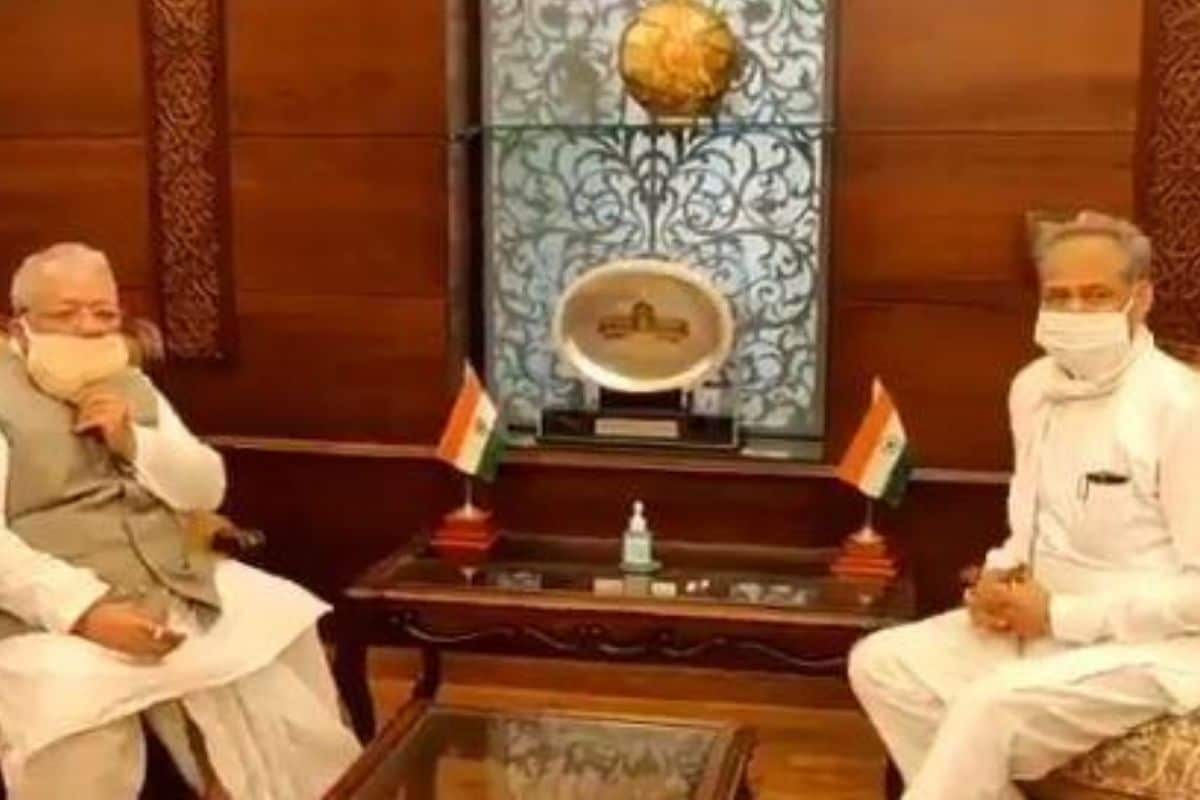 Rajasthan Governor Kalraj Mishra on Friday night wrote to Chief Minister Ashok Gehlot after a day of political wrangling that saw Congress MLAs protesting at the Raj Bhavan in Jaipur, demanding that the Governor urgently call an assembly session.

Mishra asked Gehlot to clarify his position on the law and order situation in the state after the 'gherao' of the Raj Bhavan by Congress MLAs.

In a letter in Hindi addressed to Gehlot, Mishra said, "If you and your Home Ministry can't protect the Governor, then what about the law and order in the state? What agency should be contacted for Governor's security? I've never heard such statement from any CM. Is this not the beginning of a wrong trend where MLAs protest at Raj Bhawan?"

The statement that the Governor was referring to was issued by Gehlot where he said that if Raj Bhavan is gheraoed by the people of the state, it is not his responsibility.

"Before I could discuss the matter with experts regarding the Assembly session, you have publicly said that if Raj Bhawan is 'gheraoed', it is not your responsibility," Mishra said.

Mishra added that in his long political career, he has not heard any Chief Minister say such a thing. "I saw your statement on electronic media today in which you tried to give a political colour to the constitutional obligations and constitutional decisions, on account of which I am sad and hurt," Mishra said.

"Once I receive a letter from you, I will have to take to take a decision keeping all constitutional obligations in mind and this right has been given to me by the Constitution," Mishra said in the scathing letter.

Speaking to journalists outside the Governor's residence, Gehlot had in a message to Mishra said, "I want to say to the Governor. We are all coming to you. We request you to not come under any pressure. You have taken an oath to the Constitution. Do what is right...otherwise it is possible that people of the state may come to 'gherao' Raj Bhavan and it will not be our responsibility then."

Gehlot's statement had sparked another political storm with Leader of Opposition Gulab Chand Kataria demanding the deployment of CRPF to maintain law and order in the state.

Mishra, who is under attack from the Gehlot government for not acceding to its request to call the Assembly session, maintained that no one is above constitutional decorum.

Stressing that there should not be any kind of pressure politics, Mishra said that on Thursday night, the state government issued a letter for calling the Assembly session on a very short notice.

"The Raj Bhavan consulted legal experts," he said, adding a letter was sent by the Raj Bhavan on Friday to the state Parliamentary Affairs Department, for a response to some points including that the date from which the assembly session is to be convened was not mentioned in the Cabinet Note and no approval had been given by the cabinet.

"Neither justification nor any agenda has been proposed to call the session on short notice. In the normal process, 21 days notice is required to call a session," it added.

It also asked the state government to share the details of how the session will be called in view of the rapid spread of coronavirus in the state.