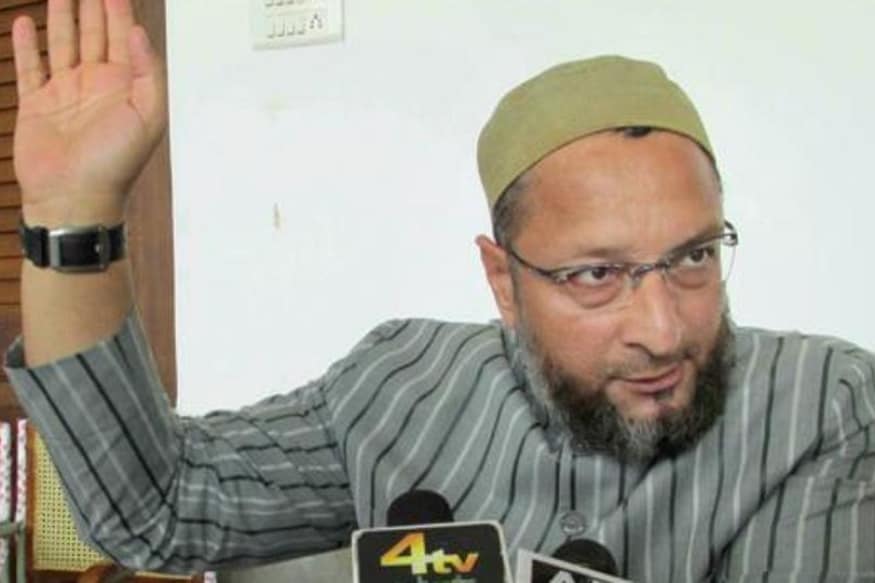 Hyderabad: AIMIM president Asaduddin Owaisi has asked why losses were not recovered from those who indulged in damage to public property during the Jat agitation in Haryana, while money is proposed to be recovered by the BJP government in Uttar Pradesh in connection with the recent anti-CAA protests.

The AIMIM president announced that a protest meeting will be held at the historic Charminar here on January 25 against the CAA, adding "We will hoist the tricolour on January 25 midnight and recite the national anthem. The meeting would be to save the Constitution and the country."

On January 10, a peaceful march will also be taken out in Hyderabad against the CAA, he said.

Talking about the violent protests against CAA in UP, Owaisi said he condemned violence wherever it occurred but would like to ask Prime Minister Narendra Modi whether the Prevention of Destruction of Public Property Act, 1984 applied to all. He claimed destruction of properties worth Rs 2,000 crore occurred in the Jat agitation in Haryana in 2015.

"Destruction of Rs 2,000 crore. Modiji, you have taken money from how many? Have you taken money from those people? One paisa was not taken. Why? You did not take because they were not Muslims. Is this not a violation of Article 14 of our Constitution," he said.

"Why are (you) doing this injustice that you will not take from Gujaratis, but recover money from Muslims," he said. "...to recover that Rs 14.50 lakh, properties of Muslims were seized, (they were) locked (in UP). This law won't apply," he said.

Referring to Pakistan Prime Minister Imran Khan posting a video, Owaisi said Khan has posted a wrong Bangladeshi video claiming it to be from India. "Mr Khan, you worry about your own country. Mr Khan, we would like to tell you, don't ever remember us. We have rejected the message, the wrong theory of Jinnah. We are proud Indian Muslims and till the day of judgment, Inshallah, we will remain as proud Indian Muslims."

The Pakistan Prime Minister should safeguard the Sikhs and stop those who attacked a Sikh gurdwara in Pakistan, Owaisi said. According to Owaisi, the CAA was only made towards making India a Hindu Rashtra.

"We are not against granting citizenship to persecuted Hindus, Christians, Sikhs from Pakistan, Afghanistan and Bangladesh...but why are you doing in the name of religion (by excluding Muslims)," he said.

He challenged the Prime Minister to let the countrymen know if they plan to make (implement) NRC or not by 2024. Owaisi further said the protests against CAA, NPR and NRC should continue for another four to five months.