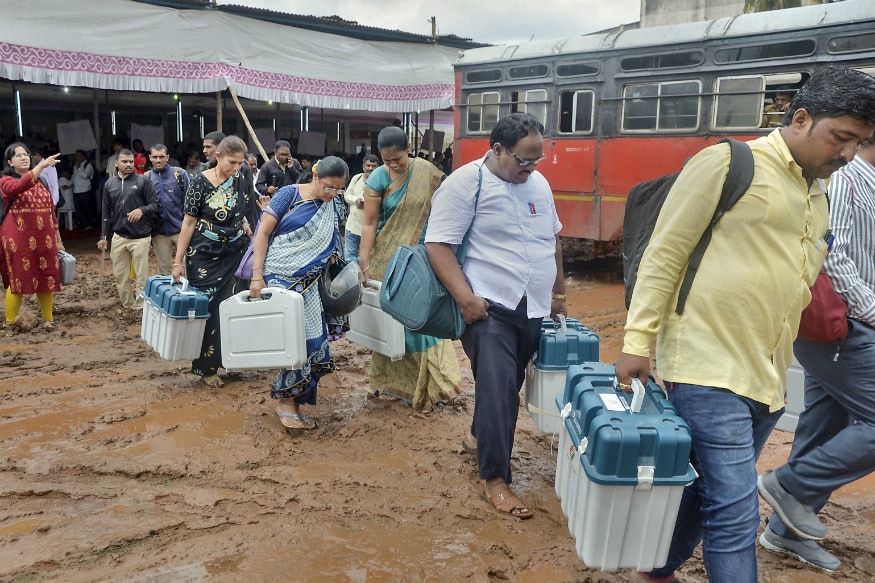 Mumbai: Polling began on Monday morning in all 288 Assembly constituencies of Maharashtra where 3,237 candidates, including 235 women, are in the fray.

The voting commenced at 7 am and will end at 6 pm. Prominent candidates include Chief Minister Devendra Fadnavis from Nagpur South-West, and his predecessors from the Congress — Ashok Chavan, who is contesting from Bhokar in Nanded district, and Prithviraj Chavan, who is seeking a re-election from Karad South in Satara district.

The BJP, under Fadnavis' leadership, is seeking a second straight term in the state.

The 29-year-old Yuva Sena chief is the first member from his family to make a debut in electoral politics.

Voting is also underway for the byelection to Satara Lok Sabha constituency, where former NCP leader and sitting MP Udayanraje Bhosale is in the fray on BJP's ticket against Shriniwas Patil of the Congress-NCP combine.

The BJP has fielded its nominees in 164 Assembly seats, including candidates of smaller allies contesting on its lotus symbol, while the Sena is contesting 124 seats.

On the other hand, the opposition Congress has fielded 147 candidates and its ally NCP 121.

The main contest is between the 'Mahayuti' or grand alliance led by the BJP, and the 'maha-aghadi' (front) led by the Congress and NCP.

Among other parties, the Raj Thackeray-led Maharashtra Navnirman Sena (MNS) has fielded 101 candidates.

As many as 1,400 Independents are also in the fray. The electioncampaign, which ended on Saturday evening, was dominated by the BJP's aggressive narrative of the abrogation of Article 370 in Jammu and Kashmir.

Nearly 6.5 lakh polling personnel have been deployed at 96,661 polling booths across the state. Around 1,35,021 VVPAT (voter verifiable paper audit trail) machines have also been installed.

Of the 288 constituencies, Nanded-South seat has the maximum 38 candidates, while Chiplun in Ratnagiri district has just three nominees.

In the 2014 elections, the BJP won 122 seats, the Shiv Sena-63, the Congress-42 and the NCP-41. Later, two by-elections were held due to death of MLAs Krushna Ghoda (Palghar) and Bala Sawant (Bandra-East).

The Sena managed to retain both the seats. In the run-up to the polls, several legislators of the Congress and NCP switched sides to the ruling BJP and Sena. Some of them also managed to get tickets for the ongoing polls.