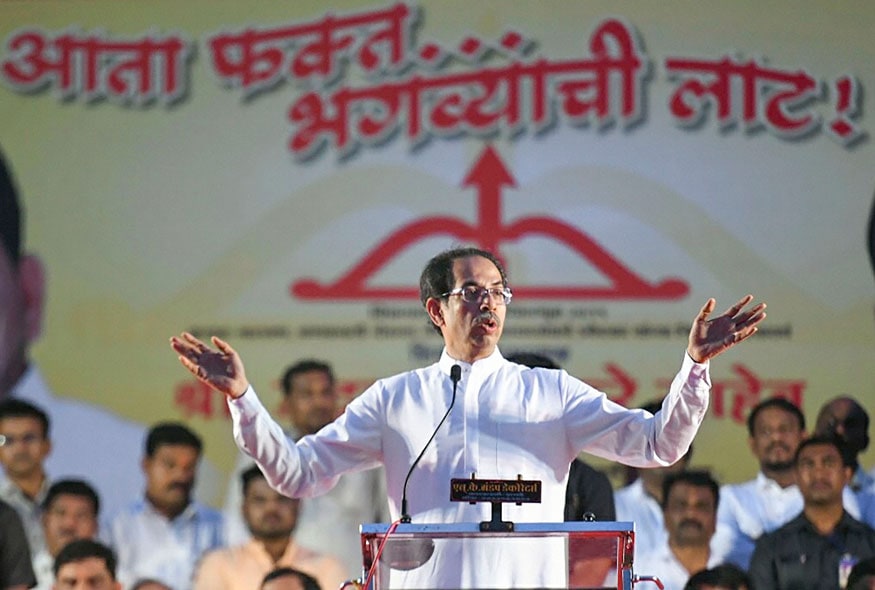 Mumbai: Shiv Sena president Uddhav Thackeray met Maharashtra Congress leaders here on Wednesday and said talks over government formation in the state were progressing in the "right direction" and a decision will be taken at an appropriate time.

Maharashtra Congress chief Balasaheb Thorat, however, dubbed the meet with Thackeray as a "courtesy call", and said the fact that they were meeting was itself a "positive" step. Thackeray held talks with Thorat, former state chief minister Ashok Chavan and senior Congress leader Manikrao Thakare at a suburban hotel.

The meeting, which took place a day after President's rule was imposed in the state, lasted for about an hour. "Everything is going fine. Talks are on in the right direction and a decision will be announced at an appropriatetime," Thackeray told reporters as he came out of the hotel after meeting the Congress leaders.

Later, when Thorat was asked if the meeting was positive towards formation of new government, he said, "Our meeting with Uddhav Thackeray was a courtesy call. The fact that we are meeting is itself a positive development."

Manikrao Thakare told PTI that the meeting was held to create an "amicable atmosphere" for further talks.

The meeting with Thackeray took place in the backdrop of Tuesday's talks among AICC leaders Ahmed Patel, K C Venugopal, Mallikarjun Kharge and NCP chief Sharad Pawar on the issue of forming a 'common minimum programme' (CMP) for government formation along with Shiv Sena, Thorat said. "The Congress and NCP will have to arrive at a mutual understanding and have clarity on specific issues for a common agenda, and then, if necessary, will get in touch with the Shiv Sena again," he said.

The NCP has already named its five members for a joint committee to be formed for deciding a 'common minimum programme', Thorat noted, adding that the Congress will also name its members soon.

He said the Congress expects to complete the deliberations fast.

Thackeray on Tuesday said the Shiv Sena needs a clarity on the common minimum programme just like the Congress and NCP, if a government is to be formed with their support. "We have got six months. The Shiv Sena, NCP and Congress will sit together and work out a CMP. The Sena and the Congress-NCP have different views on several issues...they will work out and stake claim for government formation," Thackeray said.

The state plunged into political uncertainty following the BJP-Shiv Sena tussle over power-sharing, though their alliance got a comfortable majority in the October 21 Assembly polls.