Time to Stand Up Collectively Against Growing Authoritarianism Under BJP Rule, Says Cong 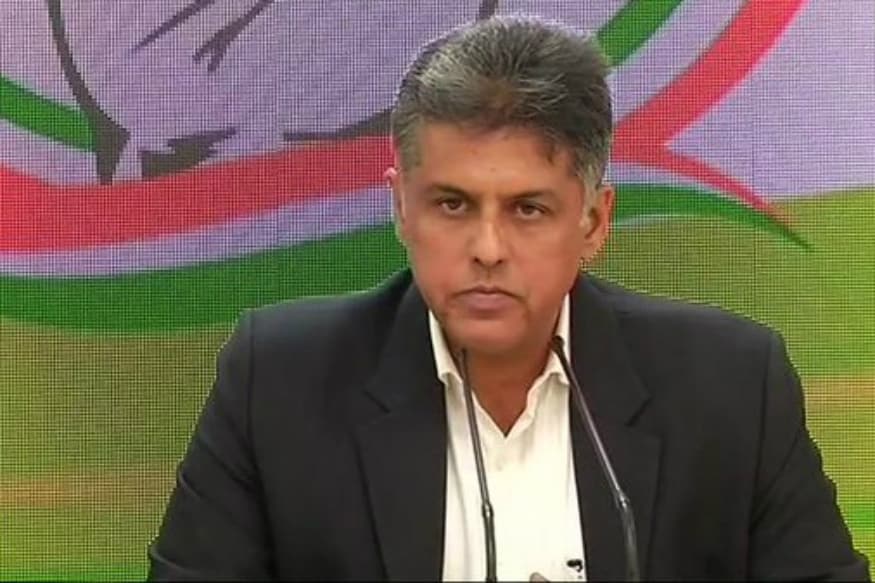 New Delhi: The Congress on Friday urged people and pluralistic and nationalistic political parties to stand up collectively to fight against, what it called, the growing spectre of authoritarianism under BJP rule.

It claimed this growing authoritarianism in the country will sound the death knell for democracy.

Congress spokesperson Manish Tewari accused the government of deliberately not taking cognisance of the "deliberate insult" caused to the memory of father of the nation by promoting the trend in favour of Nathuram Godse on social media on the day the country was celebrating Mahatma Gandhi's 150th birth anniversary.

On October 2, a hashtag #GodseAmarRahe was trending on Twitter.

"We would like to demand that the government needs to enquire into all those people who are responsible for defiling the memory of the father of the nation," Tewari said.

"Who are these people? Who are these forces? Who is behind them who seek to defy and dishonour the memory of the father of the nation by celebrating his assassin. Why has the government not taken suo moto cognisance," he asked.

Alleging that the BJP government has been hyper-active in instructing social media companies to take down posts against their leaders and said it perhaps ranks the first one in the world in doing so.

"It has perhaps deliberately decided to not take cognisance of such a deliberate insult to the memory of the father of the nation," Tewari said.

The Congress leader said a strange spectre of authoritarianism has been let loose across the country ever since the NDA-BJP government came into office for the second time.

The former union minister alleged that eminent intellectuals of this country who write an open letter to the Prime Minister asking for action on mob lynching find themselves to be subjects of an FIR.

"The portentous signs of growing authoritarianism will spell the death-knell of democracy, if people and all right thinking progressive, pluralistic, nationalistic political parties do not stand up collectively to fight this growing spectre of authoritarianism which seems to have become the new normal in this nation," he alleged.

Tewari said a television producer was suspended merely because he did not show the Prime Minister live and a doctor, who was exonerated by a inquiry committee after spending nine months in jail, now finds himself as a target for another inquiry committee because the objective seems to be very clear that "certain people have to be fixed at all costs".