'They Don't Understand or Don't Want to Do': Rahul Gandhi's Sharp Attack on Economy in First Haryana Rally 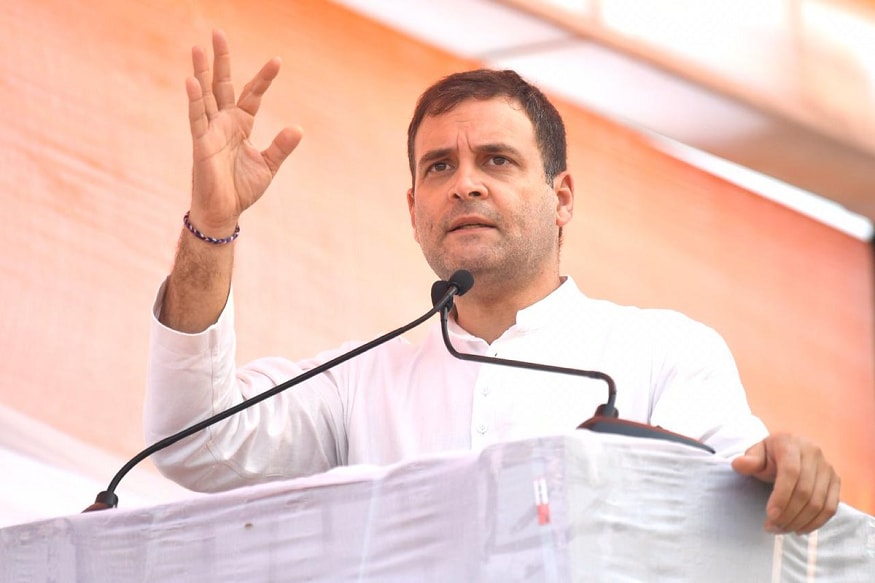 Nuh (Haryana): Congress leader Rahul Gandhi on Monday hit out at Prime Minister Narendra Modi, calling him a "loudspeaker" of big businessmen and accusing him of taking money from the pockets of the poor to give it away to his "rich friends".

Addressing a poll rally here, his first for the October 21 assembly elections in Haryana, Gandhi also attacked Chief Minister Manohar Lal Khattar alleging that both the leaders do not talk about the poor.

"Narendra Modi and Khattar are taking away your money and giving it to their 15 rich friends," he alleged, asking if they claim themselves to be true nationalists, "why are they selling away PSUs to their rich friends".

"They call themselves patriots. If they are patriots, then why are they selling India’s wealth i.e. public sector companies to their capitalist friends? Modi ji's job is to divert your attention from the real issues," he remarked.

He also targeted the BJP and RSS, accusing them of dividing the country and its people on the basis of caste, religion, and region, like the British, and said the Congress united people.

The Congress leader also accused Modi of taking money of the poor and giving it away to the rich businessmen.

He said to jump-start the economy, there is a need to put money in the pockets of the poor and farmers, and the Congress' 'Nyay scheme', proposed during the Lok Sabha election, was a step in this direction.