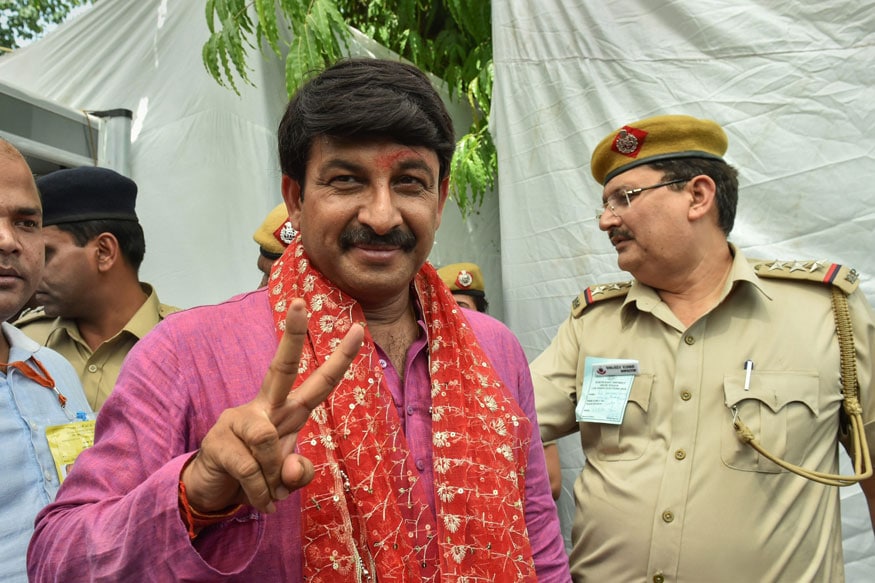 New Delhi: Delhi BJP president Manoj Tiwari made some organisational changes on Monday and replaced vice president Jai Prakash with Satender Singh as the party gears up for the Assembly polls early next year.

Removal of Prakash has come as a "surprise" for many in the party as he is considered close to Rajya Sabha member Vijay Goel, who has been quite active in Delhi.

"The timing of the decision is questionable since Tiwari himself has completed his three-year term as the president of Delhi BJP. Jai Prakash is known for his closeness to Goel," said a top Delhi BJP leader.

Tiwari was not immediately available for comment on the change. However, sources close to him said that the change had been pending for some time.

"The decision has the approval of national leaders. It had been pending for quite some time. Jai Prakash is already holding posts of chairman of the standing committee of North Delhi Municipal Corporation, and a member of Delhi Jal Board. BJP follows the principle of one person, one post," said a close aide of Tiwari.

In other changes, Vijay Pandit has been made district president of Mehrauli party unit, while Pawan Rathi has been appointed as general secretary of the district, said a BJP statement.

Ahead of the Assembly polls slated for early next year, the ruling Aam Aadmi Party (AAP) has claimed that the BJP has several chief ministerial hopefuls and asked the party to name its CM nominee. AAP leaders have claimed that Tiwari, Goel and some other leaders were in the race for the post of the chief minister.