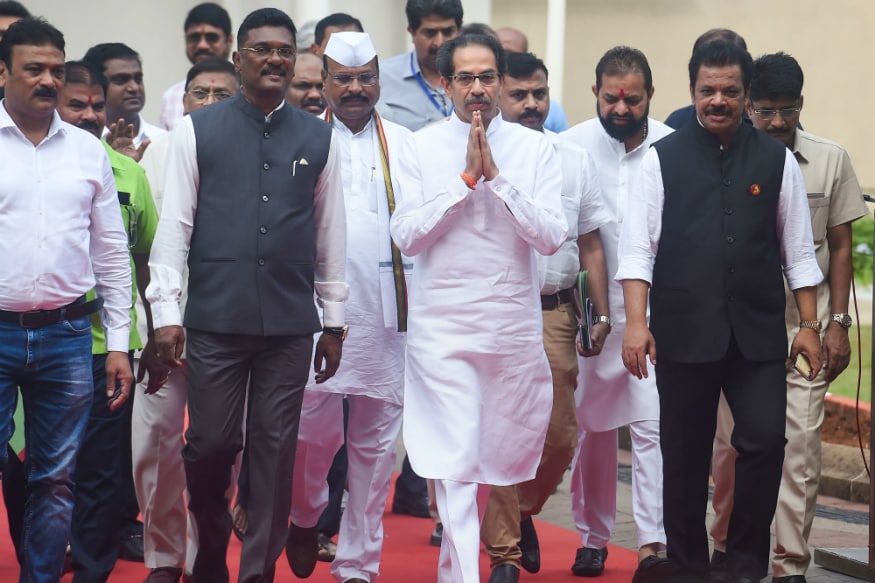 Mumbai: Shiv Sena chief Uddhav Thackeray, who was sworn in as the chief minister on Thursday, said he had learnt several things from his predecessor Devendra Fadnavis and he would “always be friends with him”.

Addressing the state assembly, which saw Congress’s Nana Patole being sworn in as Speaker after the BJP withdrew its candidate, Thackeray said, “I am still with the ideology of 'Hindutva' and won't ever leave it. In the past five years, I've never betrayed the government.”

The Shiv Sena chief said he has no hesitation in admitting his friendship with Devendra Fadnavis. "I will not hesitate to admit that we have been good friends for a long time. Had you listened to us, I would have been sitting at home watching today's developments on TV," Thackeray said.

He added: “I am a lucky chief minister because those who opposed me are now with me and those who I was with, are now on the opposite side. I am here with my luck and blessings of people. I have never told anyone that I will be coming here but I came.”

Taking a dig at his former ally BJP, Thackeray said: "I can assure this House and people of Maharashtra that I will not do anything at midnight. I will be working for the interests of the people."

Thackeray's swipe was about the early morning hush hush swearing in of Fadnavis as CM on November 3, along with NCP leader Ajit Pawar as deputy chief minister, after night-long dramatic political developments in Mumbai and Delhi.

The Maharashtra potboiler, which began after the election results were announced, saw the BJP and Shiv Sena part ways over the CM’s chair. Fadnavis come back to power after engineering a midnight coup with Pawar in a shocker for the Sena-NCP-Congress combine. However, the government lasted a mere three days as Pawar pulled the plug and Fadnavis was forced to quit. Sena chief Uddhav was then pitched as the CM face of the front — Maha Vikas Aghadi — the first Thackeray to occupy the post.

However, Thackeray came in for criticism from his detractors who accused him of diluting his party’s Hindutva ideology by joining hands with the NCP and Congress.