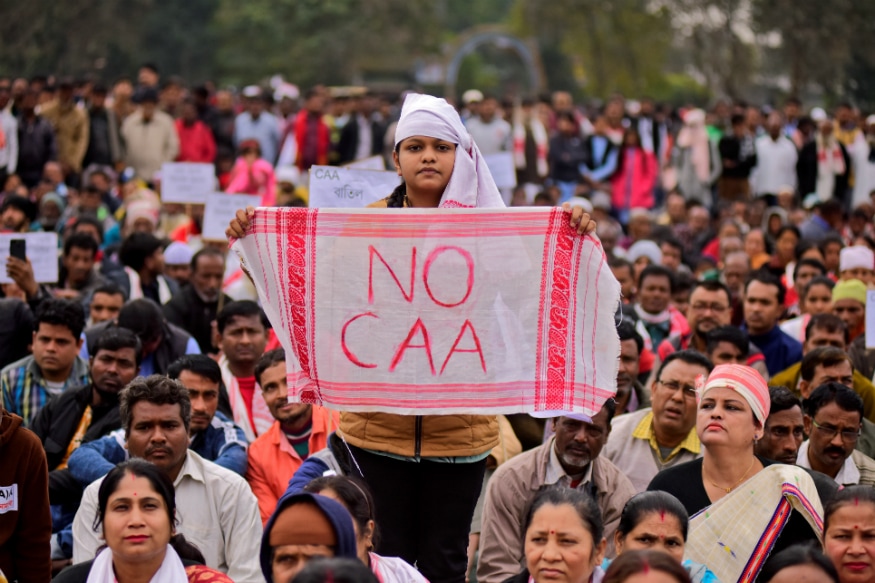 New Delhi: Senior Congress leader Ahmed Patel on Sunday said the party would consider bringing a resolution against the Citizenship Amendment Act (CAA) in the states ruled by it, after Punjab.

"After Punjab, we are thinking about bringing a resolution against the Citizenship Amendment Act in states like Rajasthan, Madhya Pradesh, Chhattisgarh. It would be a clear message to the central government to reconsider the Act," Patel said.

The Congress said states have the right to disagree with the Centre and until the issue is resolved in court, they cannot be "forced" to implement the "unconstitutional" law.

Rajasthan, another state ruled by the Congress, has also decided to bring in an assembly resolution against the implementation of the CAA in the state in the budget session beginning on January 24.

The resolution is likely to be passed on the very first day of the session, said government sources.

The Congress's statement comes a day after senior party leader Kapil Sibal said there is no way a state can deny the implementation of the CAA when it is already passed by Parliament.

But he later asserted that every state assembly has the constitutional right to pass a resolution and seek the amended Citizenship Act's withdrawal, but if the law is declared constitutional by the Supreme Court then it will be problematic to oppose it.

At a meeting of the Congress Working Committee (CWC) held earlier this month, the party had demanded that the central government withdraw the CAA, accusing the BJP government of using its brute majority to impose a "divisive and discriminatory" agenda.

Punjab, where the Congress party is in power, became the second state to pass a resolution last week by voice vote against the controversial CAA.

Chief Minister Amarinder Singh said his government, like Kerala, will approach the Supreme Court on the issue.

The Kerala Assembly earlier passed a resolution demanding the scrapping of CAA, becoming the first state to do so. It had asked the Centre to cancel the legislation that has triggered countrywide protests.

"Let the BJP government and its governors not forget that India is a Union of states. As per the established parliamentary practice, states can disagree with the Union and challenge the same by way of their constitutional right under Article 131 of the Constitution," Congress chief spokesperson Randeep Surjewala said in a statement on Sunday.

In the past, many states such as Karnataka, Bihar and Rajasthan, have approached the Supreme Court under Article 131 to resolve disputes with the Union of India on a range of issues, he said.

"Until the issue is resolved on a petition moved under Article 131, states cannot be forced to implement an unconstitutional law like the CAA," Surjewala said.

The people's movement against the CAA shall go on "courageously and fearlessly". Citizens, parties and states shall continue to oppose the CAA with determination, he added.

Repeated statements being made by Home Minister Amit Shah and governors "forcing" the states to implement the CAA are itself preposterous and go against the very concept of 'constitutional federalism', Surjewala said.

Kerala Governor Arif Mohammed Khan has been at loggerheads with the government ever since the state Assembly passed the resolution seeking to scrap the CAA.