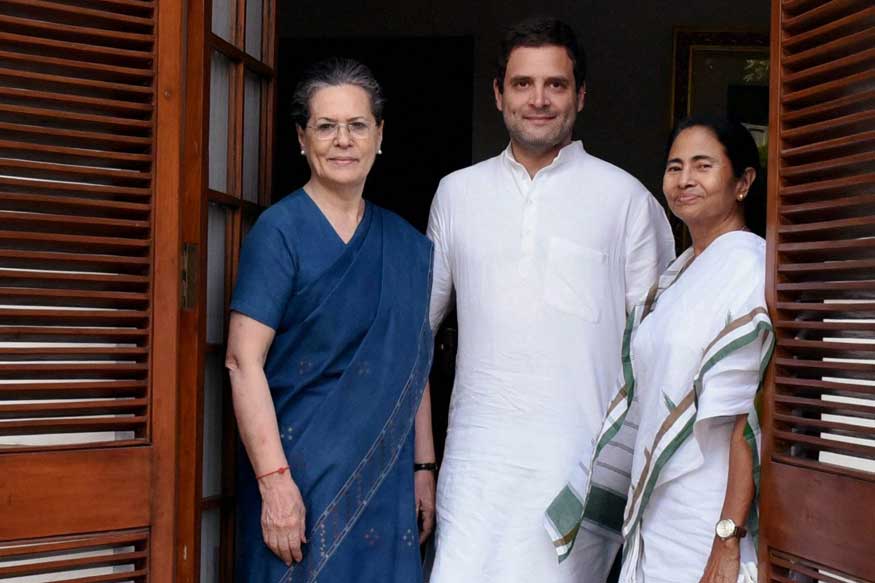 Kolkata: In a significant political development, Congress interim chief Sonia Gandhi has given a green signal to the Congress-Left Front alliance for the upcoming Assembly polls in West Bengal scheduled for 2021.

Gandhi’s approval is significant as it came after Chief Minister Mamata Banerjee recently called for “unity” (among political parties) to contest against the BJP in Bengal.

“I have apprehensions that the BJP will change the Constitution of India. I think we all should join hand to combat the BJP,” Banerjee had said in the state Assembly.

Speaking to News18, West Bengal Congress President Somendra Nath Mitra confirmed the development. “It is true that Sonia Gandhi ji has given her nod for an alliance with the Left Front if they agree. The meeting was held on Friday at 5.30 pm. We also discussed how to strengthen the party in Bengal,” he said.

When asked why the Congress felt the urgent need to ally with the Left Front in the state, Mitra said, “It is very important to prevent the BJP from making more inroads in Bengal.”

It will be interesting to see whether the Left Front, which suffered a massive setback in the state both at the national and panchayat level, will accede to the proposal or not.

West Bengal had witnessed a quadrangular contest in the Lok Sabha elections after the state Congress unit called off the seat-sharing understanding with the Left parties on March 19.

Mitra had then announced that his party would contest on its own in all the 42 seats.

“We tried our best and even compromised many seats but they (CPIM) want their seats to be intact,” he had then said. “This cannot happen in an alliance. So we have decided to follow ‘Ekla Cholo Re’ (walk alone) policy.”

Mitra had also accused the CPI(M) of dictating terms over the Lok Sabha seat-sharing.