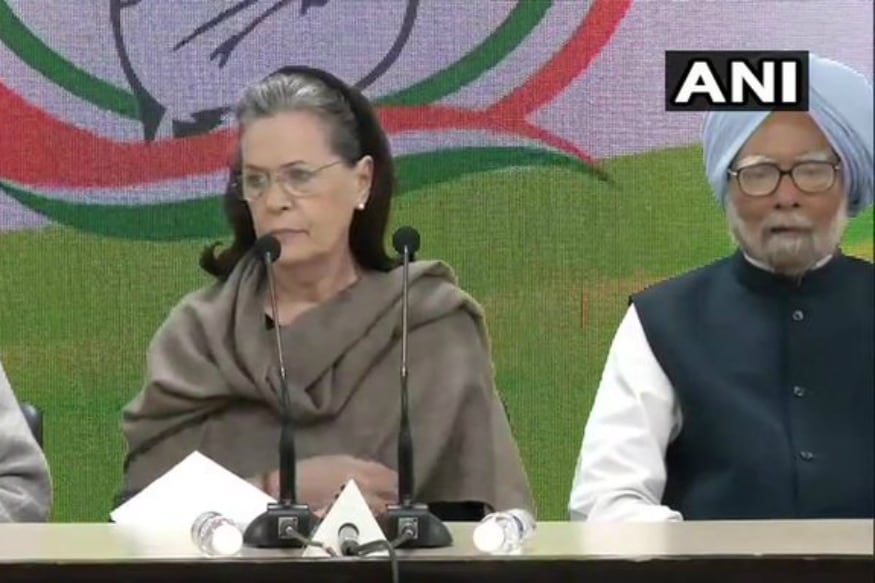 New Delhi: Blaming both the Centre and the Delhi government for the violence in the national capital, Congress interim president Sonia Gandhi on Wednesday demanded the resignation of Union Home Minister.

Amid continued communal violence in parts of northeast Delhi that has claimed 20 lives, the Congress top leadership started deliberations on the issue at a meeting of its working committee.

However, Rahul Gandhi was missing as party sources said he was abroad.

The Congress put forth six questions to the government. These were: "Where was the Home Minister and what was he doing since last Sunday?

"What were the reports given by the intelligence agencies in the days immediately after the conclusion of the Delhi elections and leading up to today?

"What was the strength of the police force deployed on the night of Sunday when there were clear indications that violence will break out?

"Why were additional security forces not called immediately when it was clear that the situation was beyond the control of the Delhi police?

"Where was the Chief Minister of Delhi and what was he doing since last Sunday?"