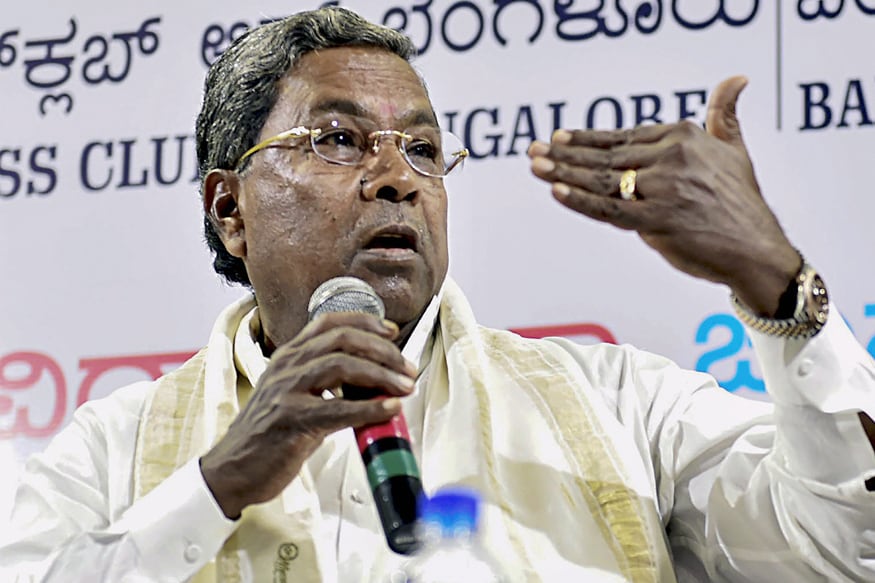 Bengaluru: Former Karnataka chief minister Siddaramaiah on Sunday came down heavily on chief minister BS Yediyurappa for his alleged failure to form his cabinet even in the wake of severe flood in the state.

"Yediyurappa is performing mono acting. Its a one-man show. I dont know how a single man can handle so much. It is humanly impossible. More than two weeks have passed. Just one man. There is no council of ministers. There is no government at all," Siddaramaiah told reporters here.

Siddaramaiah slammed Yediyurappa by saying the dedication he had shown to topple the coalition government of Congress and the JD(S) was missing with respect to forming the government.

He was referring to the turn of events in Karnataka since the rebellion among the ruling coalition MLAs, allegedly engineered by the BJP, brought down the Congress and JD(S) government led by the then chief minister HD Kumaraswamy.

If there were district in-charge ministers, revenue minister, finance minister, agriculture minister, cooperation minister and various other ministers then it would have been convenient, he said. He, however, said he was not passing a comment but projecting the reality.

He said Prime Minister Narendra Modi should visit the flood-hit area, declare the floods in Karnataka a national calamity and release Rs 5,000 crore for the state.