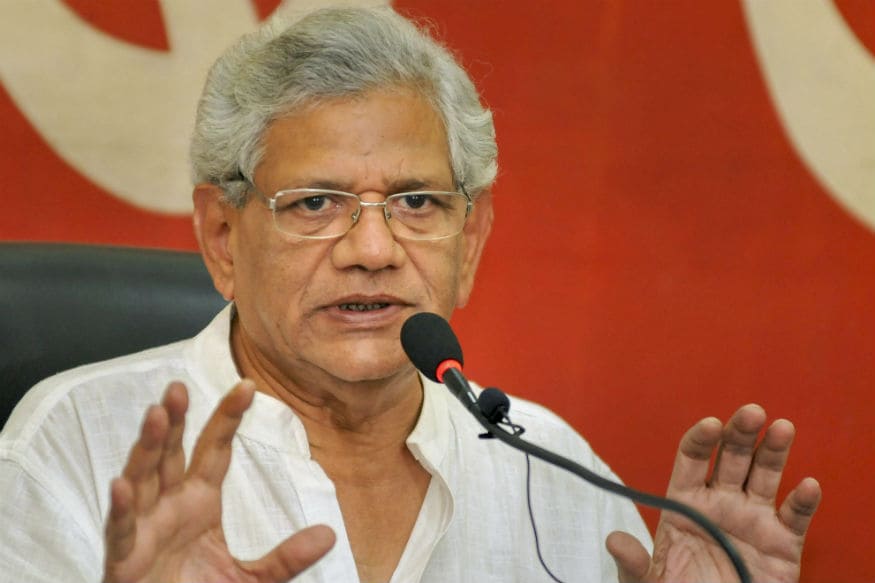 CPI(M) General Secretary Sitaram Yechury on Thursday said it was the "magic" of Prime Minister Narendra Modi's "achche din" that even trains are losing their way.

The railways has said that it had to divert many Shramik Special trains travelling to Uttar Pradesh and Bihar between May 22 and May 24 due to 80 per cent of the traffic being routed there.

This had led to many of these trains taking longer and convoluted routes with migrant workers on board without food or water.

"The Modi government works only for the rich. They make fun of the poor and deny them their rights as citizens."

"The Indian Railways has been running alright for decades. It is the magic of the achche din of the Modi government that now, even trains are losing their way. This is an example of not just mismanagement, but also this government's anti-poor mentality," Yechury said in a tweet.

He also demanded a white paper from the government on how the lockdown was used to strengthen public health to fight the coronavirus pandemic.

Has no idea on how to end it scientifically now. The cost is being borne by millions of Indians. BJP govt compounded the misery of a public health emergency," the CPI(M) general secretary said.