Seat-sharing Needs to be Worked Out with Shiv Sena for Upcoming Polls in Maharashtra, Says BJP 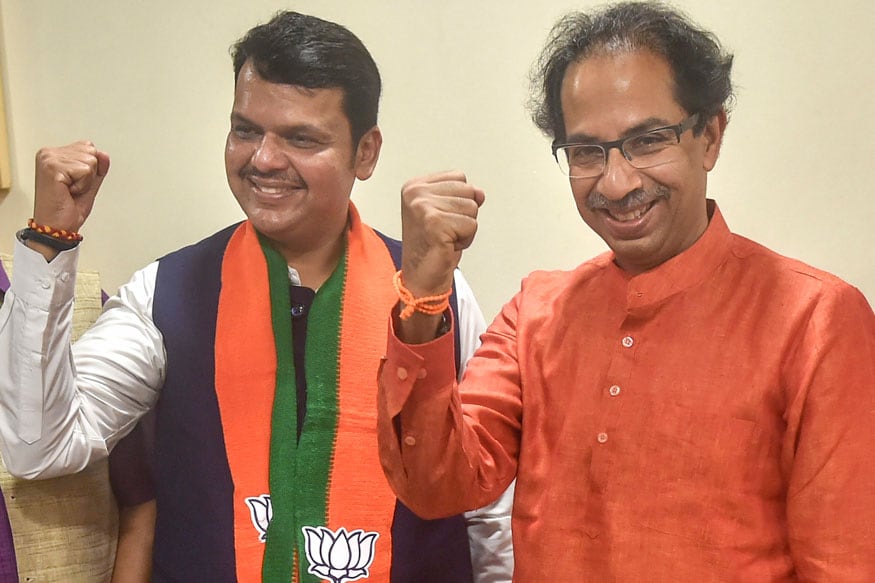 Nagpur: Maharashtra BJP president Chandrakant Patil on Saturday said a seat-sharing agreement between his party and ally Shiv Sena will have to be "worked out" for the upcoming assembly polls as the current situation leaves very few seats for new entrants.

He was responding to a query on whether the two parties would contest 135 seats each and leave 18 seats for smaller allies in the polls for the 288-member Maharashtra Assembly.

During a joint press conference addressed by BJP chief Amit Shah and Sena president Uddhav Thackeray in February this year, the two parties had said they would contest "an equal number of seats" and leave the remaining for other parties in the ruling alliance.

Patil said the BJP, with 122 MLAs of its own as well as four new entrants from other parties and six supporting Independents, has 132 seats to take care of in ticket distribution.

"If we get to contest 135 seats, it means we will have just three seats for new entrants. BJP and Sena are both aware of this situation. Hence, some way will have to be worked out on this factor," Patil said.

In reply to a recent pitch by RSS chief Mohan Bhagwat for a dialogue on reservation, Patil said Bhagwat was talking about "reviewing" reservations to "bring in good things", rather than cancelling it.

"What Mohanji said has been said by Babasaheb Ambedkar also. Dr Ambedkar said reservation was necessary as society was left behind. However, he (Ambedkar) said reservation should be reviewed in between, but it does not mean it should be cancelled," he said.

The Rashtriya Swayamsevak Sangh has dismissed the row over its chief's remarks on quota as "unnecessary".

It has asserted that Bhagwat merely highlighted the importance of resolving all issues in the society through a cordial dialogue while asking everyone to exchange views on a sensitive issue like reservation.

The RSS, it has added, fully supported reservation.