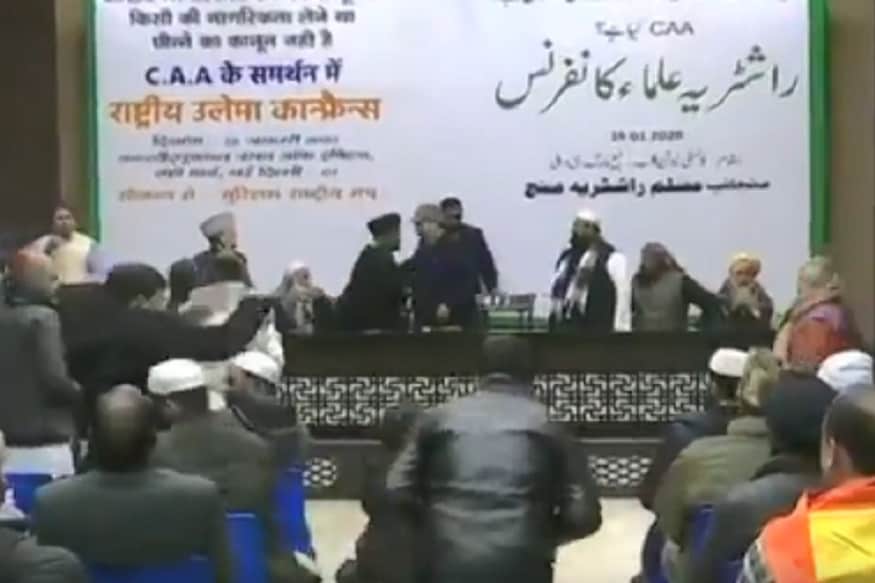 New Delhi: After a pro-CAA event organised by RSS-affiliated Muslim Rashtriya Manch witnessed ruckus on Thursday, the 'mentor' of the group, Indresh Kumar alleged that "agents" of other parties were behind it.

The event aimed at garnering support for the amended Citizenship Bill was allegedly disrupted by protesters, who raised anti-CAA slogans. They were immediately detained and questioned by the police.

“There were some mischievous elements, who disrupted the event organised in support of the legislation. A handful of them among the 100 ulemas turned up. They were the agents of other parties,” Kumar alleged.

As per reports, few men started raising slogans after Kumar took the stage. Some of the protesters even tried to show anti-CAA posters by going up to the dais. The MRM alleged the protesters were “sent by Congress”.

Speaking at the event, Kumar batted for the CAA and blamed the Congress for the Partition of India. “Today, Indian Muslims don't want to go to Pakistan. Those who want to go are of 'Shaitan' mentality,” he said.

He added, “The event was organized to create awareness about the act. It is not take anyone’s citizenship but to provide refuge to those who are tortured as minorities in Pakistan, Bangladesh. I don’t know why Congress is opposing this amendment when it is their brainchild.”

Kumar asserted that the outfit will launch a movement against Pakistan for "tortured minorities." He added that India is a pro-minority country.

There will be more such gatherings expected by RSS to apprise the people about the CAA, he said.