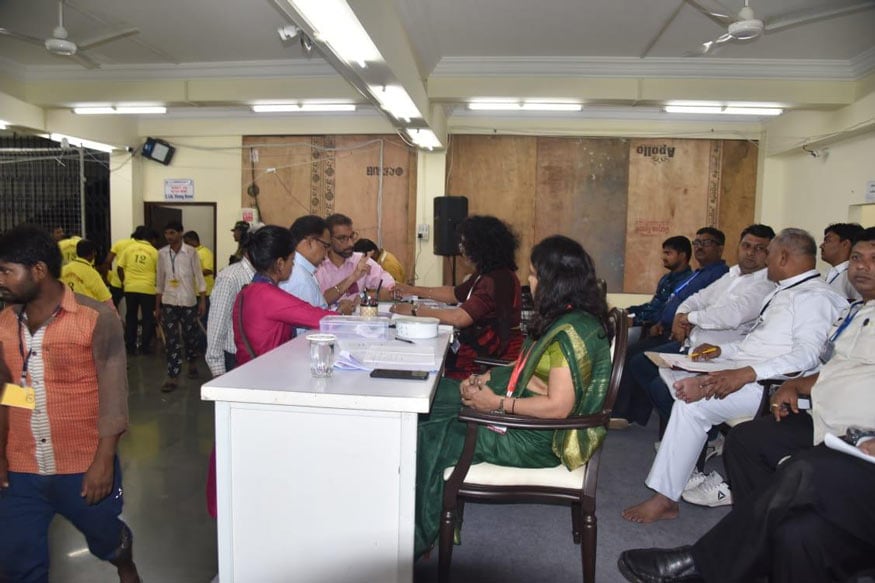 Rajasthan Municipal Election Results 2019 LIVE | The process of counting of votes for 49 civic urban local bodies in Rajasthan began on Tuesday. The Rajasthan Nagar Nigam elections were conducted on Saturday and the outcome will be announced by the Election Commission by Tuesday evening.

"The counting began at 8 am amid tight security arrangements," an official of the state election commission said.

The polling was held to elect more than 2,000 ward councillors in 49 municipal bodies.

— Congress won 23 local bodies out of 49 local bodies so far. The BJP on the other hand, has been able to win only 6. As results emerged, Rajasthan CM Ashok Gehlot hit out at the Centre and said that these results are not only a stamp of all the govt work done by Congress, but also a strong message for the government after Maharashtra and Haryana assembly Results.

— BJP is leading in Jalore and Udaipur wards. Independents are leading in Bharatpur.

— The counting of votes began amid tight security. The Rajasthan local body elections were held to elect nearly 2,100 ward councillors on Saturday.

— Nearly 72 per cent voters exercised their franchise in the elections to 49 municipal bodies in Rajasthan on Saturday, with a maximum of 91.67 per cent turnout in Nasirabad municipality of Ajmer district.

— Election for chairman and deputy chairman of urban local bodies will be held on November 26 and 27, respectively.

— There was a huge enthusiasm among voters at the polling stations since morning. Sriganganagar saw long queues of voters despite the rains, he said.

— There was a huge enthusiasm among voters at the polling stations since morning. Sriganganagar saw long queues of voters despite the rains, he said.