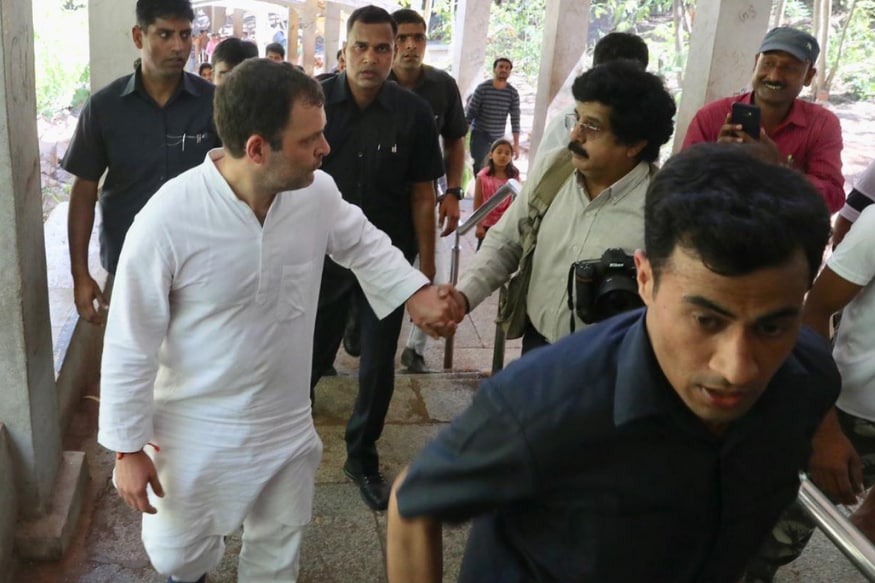 On his arrival at the temple main entrance, Gandhi was accorded a warm welcome by the hill temple management.

After quickly trekking the nearly 10-km steep stairway leading to the ancient hill shrine, the Congress chief paid obeisance to the presiding deity of Lord Venkateswara, a temple official said.

It took about two hours for Gandhi to reach the sacred hills, the official said.

After his trek from the foot of the hill at Alipiri in Tirupati in the afternoon, the Congress president made a brief halt at a heavily guarded Tirumala Tirupati Devasthanams guest house on the hill and later visited the shrine, the official said.

He was in the temple for about 20 minutes. Tight security arrangements were put in place on the hills and all through the route leading to the hill shrine.

Later, he left the hills to address a rally at Sri Venkateswara University Stadium here.