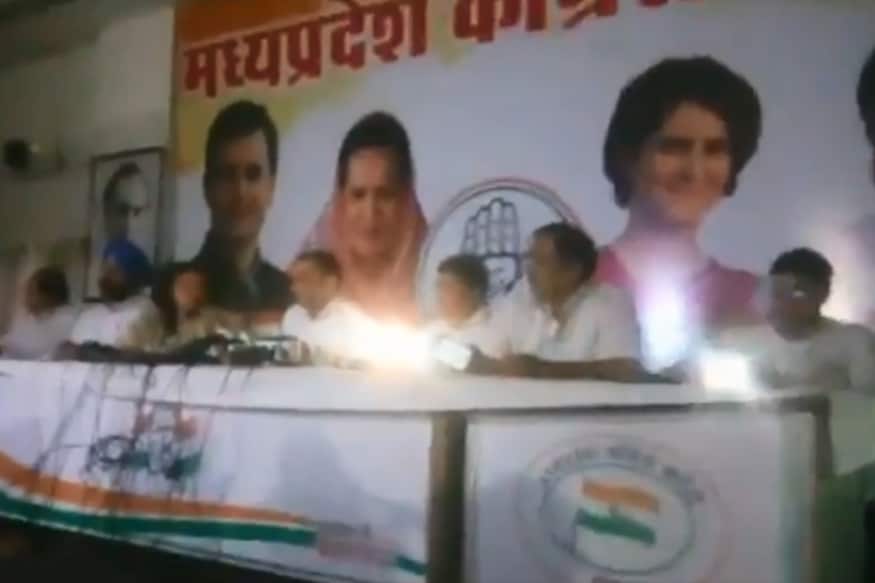 Bhopal: For about 60 seconds, Madhya Pradesh Energy Minister Priyavrat Singh was confronted with an embarrassing situation on Tuesday when there was a power outage during his press conference The media interaction had been organised to inform about the Congress government’s achievements in the power sector in the last eight months after taking charge.

Blaming the previous BJP government for the poor financial condition of power companies, the minister said, “We inherited power companies with a deficit of over Rs 47,400 crore. Distribution and transmission losses had reached 32 per cent. Despite this, our government has extended benefits to all domestic consumers,” he said.

The energy minister informed reporters about the state cabinet's decision on Monday to provide electricity at Re one per unit to domestic consumers with consumption up to 100 units per month, with the upper cap of 150 units. The initial 100 units would be charged at Re one per unit, while the next 50 units would be charged as per the prevailing rates, Singh explained. A family consuming less than 150 units per month will get a benefit worth Rs 6,336 a year with this scheme, he said.

The Kamal Nath-led Congress government has been battling unscheduled power cuts since it came to power in December last year. Thousands of power company staff have been punished over this, but outages continue to trouble consumers.

Singh, however, claimed that MP was offering the most subsidised power to farmers in the country. He further alleged that losses of power distribution companies surged by Rs 24,000 crore only between 2015 and 2018 due to populist measures of former chief minister Shivraj Singh Chouhan. “The BJP only made announcements, but we are provisioning budgets to fulfil these power waiver announcements.”

Asked what happened to Congress allegations of Chouhan government buying costly power and selling it cheap, the minister said MoUs signed for the purpose are legal documents and his government was seeking professional help to review these agreements.

Soon after, Chouhan took a dig at Tuesday’s power outage at the Congress office. “This is the state of affairs in Madhya Pradesh. The minister was saying power outages have stopped and the power supply was disconnected,” he wrote on Twitter.