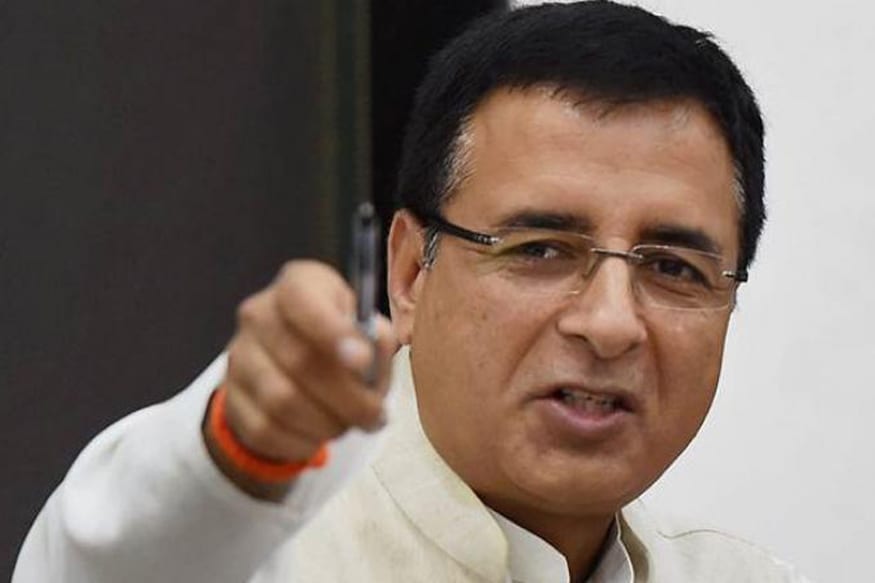 New Delhi: Police protesting on roads in Delhi is a "new low" for India since Independence and shows Home Minister Amit Shah's "failure of leadership", the Congress said on Tuesday, alleging law and order has collapsed in the national capital.

Thousands of police personnel protested outside the Police Headquarters on Tuesday to demand action against those involved in an attack on their colleague outside the Saket court on Saturday.

Congress chief spokesperson Randeep Singh Surjewala claimed this is the first time such an atmosphere is prevailing in the country where the Delhi Police has gheraoed the Police Headquarters.

Law and order has collapsed in Delhi, he said, asking why Shah was in "hibernation" and not addressing the matter.

In a tweet, Surjewala said that "a new low in 72 years - Police on protest in 'National Capital of Delhi'. "Is this BJP's 'New India'? Where will BJP take the country? Where is India's HM, Sh. Amit Shah," he said.

This is the example of the "utter failure of the leadership" of Shah and the BJP, Surejewala told reporters.

"Is this the new India that the BJP promised. When will this matter end," he asked, adding that "a studied and conspiratorial silence will not work" and the home minister cannot hide.

Police personnel have been protesting for over 10 hours outside the headquarters and their family members at India Gate, but the home minister remains "silent", the Congress leader said.

"Delhi Police is not controlled by Lt. Governor of Delhi. Home Minister Amit Shah is directly in-charge of Delhi Police. Why is the HM 'missing in action'? Why is he not coming forward to restore law and order and address the concerns? Why is HM in hibernation," he asked.

Surjewala said the Delhi Police comes directly under the charge of the home ministry.

On one side, lawyers are being shot at and beaten up and on the other, police is being beaten up, he said.

"Who is going to protect the citizens of Delhi... where is the home minister? Please come forward and tell us how do you want to ensure that law and order is maintained in Delhi," Surejwala said.

In the incident on Saturday, at least 20 police personnel and several lawyers were injured while many vehicles vandalised or set on fire during the clash at the Tis Hazari Court complex here on Saturday.

Party spokesman RPN Singh said, "This is unprecedented. If law enforcement agencies are on the streets, what will happen to the common man?"

He alleged that such things take place whenever the BJP is in power.