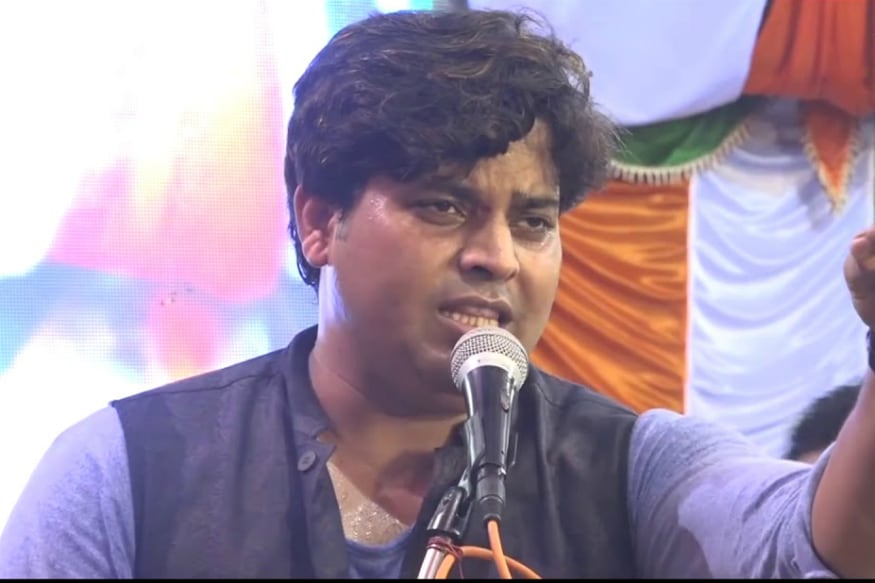 Moradabad: It is twenty minutes past 9pm and people are growing restless. Only 40 minutes to go before the campaigning ends for the day and Imran Pratapgarhi hasn’t uttered a word. A police inspector on the stage wants to see if the Congress candidate from Moradabad has the written permission to hold a public meeting at Peepal Sana, a non-descript village on the highway to the Corbett National Park.

The crowd settles after the policeman is shown the permission papers. Pratapgarhi starts his speech. “I have been called an outsider. I may have been born in Pratapgarh, but I pray to God that I am buried in Moradabad,” he says. “Just as Jigar Moradabadi, the famous son of this soil, died and was buried in Gonda,” he adds.

Four districts going to the polls in the third phase of Uttar Pradesh elections can boast of producing some legendary Urdu poets in the last century. Shakeel Badayuni, Waseem Barailvi, and of-course Jigar Moradabadi, immortalised by Begum Akhtar’s rendition of his famous Ghazal:

The Congress decided to nominate Pratapgarhi from Moradabad after party’s state unit chief decided to contest from Fatehpur Sikri. The 30-year-old poet, a rage on You Tube, was instead fielded in a constituency with more than 40 per cent minority votes.

Since then Pratapgarhi, a strapping lad with a full mop on his head, has been campaigning on the Moradabad streets. People gather in large numbers to listen to his speech, interspersed with couplets and verses -- a mushaira and a political speech rolled into one. Pratapgarhi talks about the key feature in Congress manifesto, NYAY, and his plans for Moradabad if he were to be elected. Voters listen in to him. They cheer, they applaud. But will they vote for him?

Ten years back, the Congress brought cricketer Mohammad Azharuddin to Moradabad. Azhar won by more than three lakh votes, but remained indifferent to the constituency.

Precisely the reason why Samajwadi Party is making this election an ‘outsider vs insider’ contest. The party has nominated a popular local doctor, ST Hasan, as its candidate. Hasan has been the city mayor with contacts in all sections of the society.

The sitting BJP MP Sarvesh Singh won the seat in 2014 by a margin of 70 thousand votes. That was when SP and BSP had both fielded Muslim candidates. He’s now banking on the division of Muslim votes and hoping for a redux in 2019. However, in an interview to news agencies earlier this week, Singh accepted that this will be a tough election for him. All SP candidates in Uttar Pradesh start with a comfortable cushion of BSP’s Dalit votes. So has Hasan.

At Peepal Sana, the poet from Pratapgarh at the end of his speech beseeches the audience to give him one chance. The audience listens in in rapt attention. But politics or siyasat is altogether a different ballgame.

They clap for him, they appreciate his verses. And then they weigh in how much majority community votes Imran Pratapgarhi can get vis-a-vis gathbandhan candidate ST Hasan. As the crowd at Peepal Sana disperses after listening to the young poet, they have much to mull over before the polling day. In Jogar Moradadi’s own words: