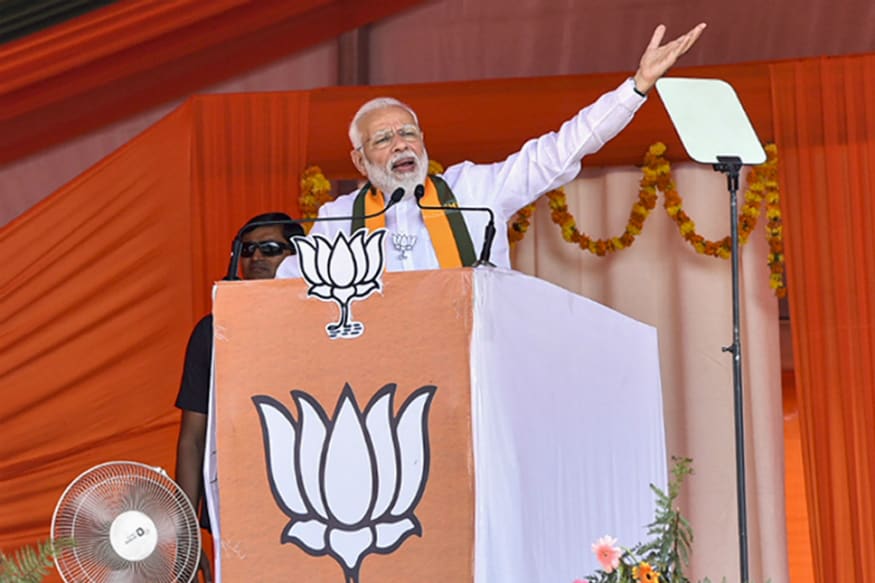 New Delhi: Prime Minister Narendra Modi on Saturday attacked the Congress on the issue of Article 370 of the Constitution, accusing its leaders of failing to abrogate it despite having promised to do so in Parliament in 1964.

Addressing a gathering in Haryana's Sirsa on the last day of campaigning ahead of the Assembly elections on Monday, Modi said, "During a debate in Parliament in 1964, the country's distinguished leader got upset there was division in the Congress. There was a demand that Article 370 be nullified and there be a debate on this issue in Parliament."

"At that time, Congress leaders, with folded hands, had said their demand would be met and Article 370 would be nullified in one year. But the matter was again put on the back burner," said Modi while addressing his second rally of the day. "What was the compulsion and what game was being played?"

At an earlier rally in Ellenabad, he had continued his diatribe against the Congress on the issues of Article 370 and the Kartarpur corridor, accusing the party of "destroying the country" with its wrong policies and strategy. Referring to Article 370, Modi said what was called a temporary provision by BR Ambedkar had continued for over 70 years but the Congress did nothing about it.

"The wrong policies and strategy of the Congress have destroyed the nation," he said, stressing it was the people of India and Kashmir who will now frame policies. "Time has changed, country has changed."

Justifying the scrapping of provisions of Article 370, Modi said, "Should Kashmir have been allowed to be destroyed for the sake of power in Delhi? Should Kashmir be more important or post of a prime minister? Every Indian's reply is the same that PM's will come and go, Kashmir has to remain and prosper."

Modi said that for 70 years, "no honest effort" was made to find a meaningful solution to the issue as innocents kept dying in Jammu and Kashmir while the jawans sacrificed their lives for the safety and security of citizens there. He also accused the Congress of opposing the move ever since the BJP government took the step.

On the Kartarpur corridor, which links the historic Gurdwara Darbar Sahib, the final resting place of Guru Nanak in Pakistan, with Dera Baba Nanak in Indian Punjab's Gurdaspur, Modi said it was nearly completion and the Centre had been making arrangements to celebrate the 550th birth anniversary of the Sikhism founder in a grand manner.

"The inability to bring the Kartarpur gurdwara within the Indian territory was a mistake made during the Partition," he said, adding that the Congress did not make efforts to ensure that devotees "were not separated from their guru".

"But the Congress and those parties connected with their culture never gave respect to the belief, tradition and culture of the Indians," he said. "What has been the Congress' approach towards our holy places, the same they had towards Jammu and Kashmir."