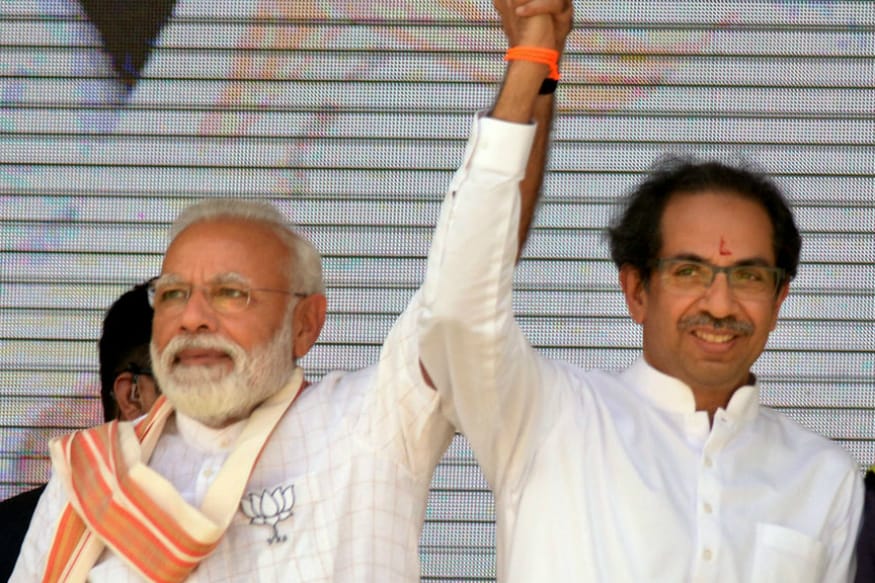 Mumbai: During his public address in Nashik to mark the conclusion of chief minister's Mahajanadesh Yatra, Prime Minister Narendra Modi talked of many things. But what was more noteworthy was what he did not talk about. And that has upset the Shiv Sena to no end. On Friday, Uddhav Thackeray holds closed door talks with his party leaders.

What must have certainly upset the Shiv Sena chief is the way the PM treated the party, in a way setting tone for the Assembly polls in Maharashtra.

In his 50-minute long address, the prime minister did not refer to Sena even once. During his speech, his several references to Maharashtra government were "BJP government". Not once did the PM utter the words 'alliance partner' or 'alliance government' or 'Shiv Sena'. The BJP and Sena together rule the state.

Not just that, the one reference to Ram Mandir was to chide the Shiv Sena. A few days ago, Uddhav Thackeray had appealed to the government to intervene for an ordinance to build Ram Mandir.

On Thursday, while speaking at the rally, the PM Modi referred to the party as 'motor-mouths', chided them for not understanding the judiciary and appealed to them to have faith in the country's Constitution.

Just hours ago, senior Shiv Sena leader Sanjay Raut had said that neither Ram Mandir, nor Aarey will be the deciding factors for the alliance talks in the state.

There is an idiom in Marathi, 'anullekhani maarne', which literally translates to 'killing someone by not even mentioning them'. BJP leaders rejoiced after PM's choice of words, and his stance of not mentioning Sena even once during his 50-minute long speech.

This is also a clear indication that the BJP is not in much of a mood to bend. While certain section of BJP leadership believes that Sena should be curtailed to not more than 117 seats, it is likely that an understanding will be reached on 126-128 seats for Sena.