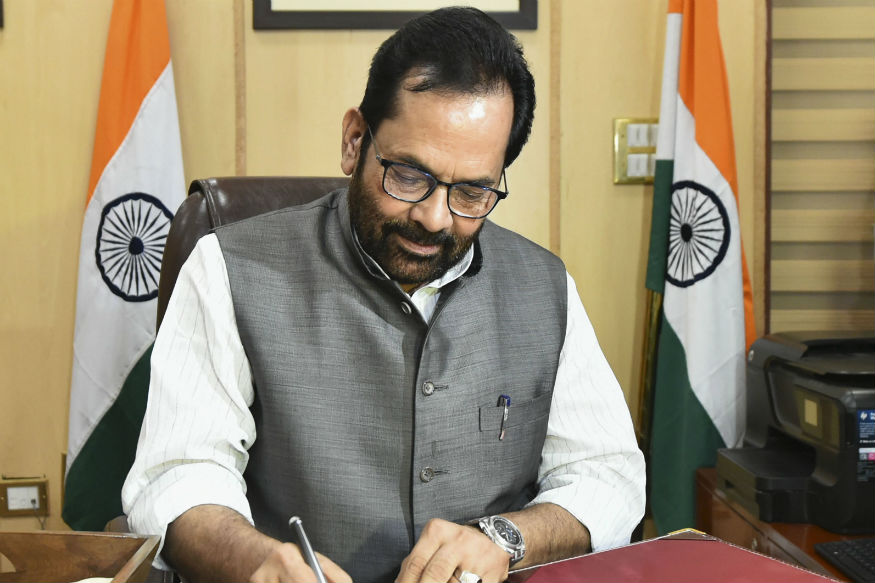 Naqvi was replying to a question by reporters here in Madhya Pradesh about Congress Lok Sabha member Rahul Gandhi's recent remark that in the next six months, the youth would hit Prime Minister Narendra Modi with sticks if he doesn't address the issue of unemployment in the country.

"The Congress leaders walk around with an axe in their hands and hit their own foot with it every time they get a chance. I want to give an advice to Congress leaders, specially Sonia Gandhi, to send her 'pappuji' to a political playschool so that he can learn the ABCD of politics, dignity, decency and language etiquettes," he said.

Criticising Rahul Gandhi, the minister said, "No one with the right mental balance would talk about hitting a prime minister, who is elected by the public, with sticks."

Asked about the exit polls predicting a comfortable victory for the Aam Aadmi Party in the Delhi Assembly polls, Naqvi said "What should we comment on exit poll trends? Let the results come out".

Elections to the 70-member Delhi Assembly were held on Saturday and the results will be declared on February 11. To a query, Naqvi said protests against the Citizenship Amendment Act at Shaheen Bagh in Delhi did not impact the electoral landscape of the nation's capital.

He said that CAA, ban on triple talaq and abrogation of Article 370 in Jammu and Kashmir were issues related to the national interest.

"These issues should not be seen in the context of party politics and results of Delhi Assembly polls," he added.

Poster Urging Balcony Ovation For PM Viral, He Says Do This Instead