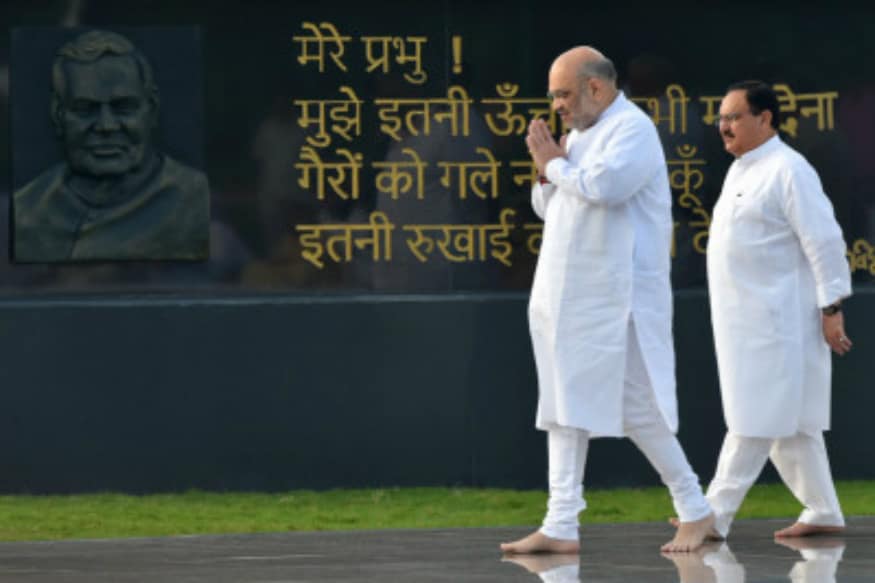 New Delhi: BJP working president Jagat Prakash Nadda is all set to take over the reins of the party from Amit Shah on Monday.

Nadda will file his nomination for the post at 10.30am. The elevation to the top party post is all but certain as Nadda is likely to be elected unopposed, party sources have said.

Top party leaders, including Union ministers and those from states, are likely to arrive at the BJP headquarters to file nominations in support of Nadda, who has long been seen as the choice of Prime Minister Narendra Modi and Shah for the job.

Senior BJP leader Radha Mohan Singh, who is in charge of the organisational election process, announced the schedule after the party's internal poll exercise was completed in 21 of the BJP's 36 state and Union territory units.

Singh, in a statement, said: "After successfully conducting Phase 1 of the BJP enrolment and expansion drive, creating 75 per cent booth committees, 50 per cent Mandal committees and holding election as per BJP's constitution in 21 states to elect party presidents, I am pleased to announce the elections for the post of National president of the BJP.”

The BJP's constitution stipulates that its national president can be elected after at least half of the total state units have completed their organisational election exercise.

Sources said Nadda's name will be proposed by Amit Shah, Rajnath Singh and Nitin Gadkari — the party's ex-chiefs and parliamentary board members.

An old BJP workhorse, Nadda was appointed as the party's working president in July last year in an indication that the Himachal Pradesh leader was the likely choice for the top organisational job.

In the run-up to the 2019 Lok Sabha election, he was in-charge of the BJP's election campaign in the politically crucial state of Uttar Pradesh, where the party faced a tough challenge from the grand alliance of the Samajwadi Party (SP) and Bahujan Samaj Party (BSP). The party won 62 out of the 80 Lok Sabha seats in Uttar Pradesh.

Having risen through the saffron ranks, Nadda has long been a member of the BJP parliamentary board, its highest decision making body. He had served as a minister in the first Modi government.

Nadda's decades-long experience in the organisation, starting from student politics, proximity to the RSS and clean image are seen as his strengths.

The election of a new president will bring to end incumbent Shah's tenure of over five-and-a-half years during which the BJP expanded its footprints across the country like never before and enjoyed its best phase in electoral contests despite suffering a few setbacks in state polls.

With Shah joining the Modi 2.0 government as home minister, the BJP began the exercise for electing his successor as the party has the convention of 'one person, one post'.