No Question of Apology, Says Rahul Gandhi Amid Ruckus Over 'Rape in India' Remark 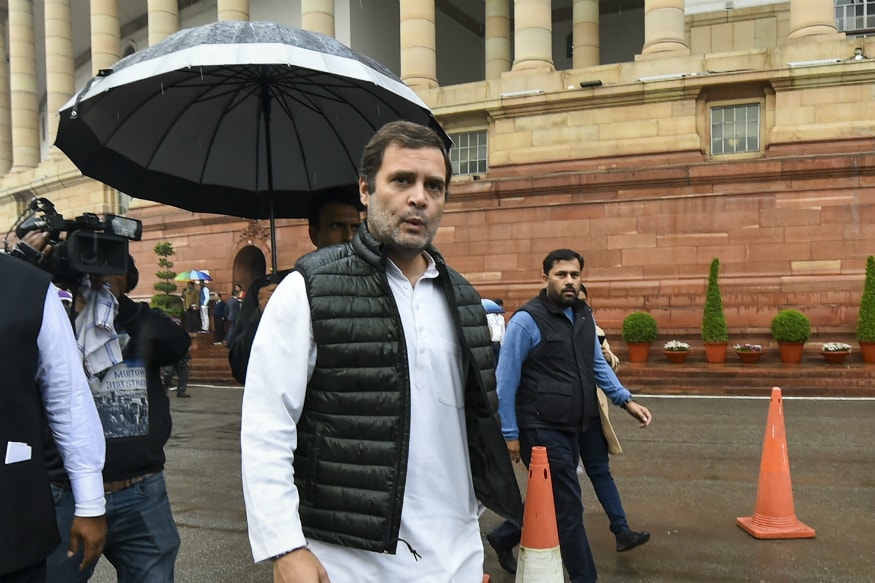 New Delhi: Congress leader Rahul Gandhi, who found himself at the centre of a political storm over his ‘Rape in India’ remark, dismissed as a “diversionary tactic” the allegations of the BJP and said there was no question of tendering an apology.

The BJP on Friday launched a blistering attack on the former Congress president for his statement at a Jharkhand rally where he said the country was moving from ‘Make in India’ to ‘Rape in India’.

This drew angry reactions from the BJP in Parliament on the last day of the Winter Session, with Union Minister Smriti Irani asking if the leader was instigating men to come to the country and rape Indian women.

“It has happened for the first time in history of India that Gandhi family's son is saying “come and rape women in India,” Irani said as she was joined by BJP’s Locket Chatterjee and other women MPs of the party. Defence Minister Rajnath Singh too joined the chorus, saying people who make such remarks “have no moral right to be member of this House”.

Rubbishing the allegations, Gandhi said the BJP was merely trying to shift the narrative from the Northeast, which has been on the edge over the Citizenship Amendment law. “This is merely an excuse for the government to divert attention from the main issue in front of us right now — the citizenship law — and nothing else," he said.

Gandhi also took to Twitter to share a 2013 video of Prime Minister Narendra Modi in which he is seen referring to Delhi as the “rape capital” of the world while attacking the Congress.

Modi should apologise.1. For burning the North East. 2. For destroying India’s economy. 3. For this speech, a clip of which I'm attaching. pic.twitter.com/KgPU8dpmrE

The Congress has been attacking the government over the recent incidents of violence against women in the country and the prime minister’s silence on the issue.