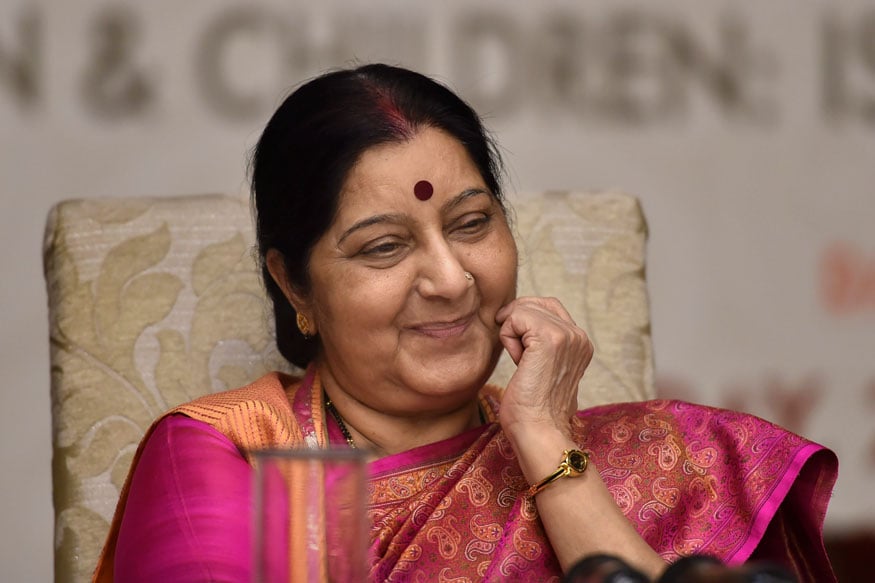 Ahmedabad: external affairs minister and BJP leader Sushma Swaraj on Thursday said no Pakistani soldier or citizen died in the air strike carried out by the Indian Air
Force across the border in response to the Pulwama terror attack in February.

Addressing women party workers here, she stressed on a 2014-like full majority BJP-led government this time also, saying former Prime Minister Atal Bihari Vajpayee could not do everything which he wanted to because he was heading a coalition administration.

The IAF had struck a Jaish-e-Mohammad terrorist training camp in Pakistan's Balakot area on February 26, in response to the February 14 Pulwama terror attack in which 40 CRPF personnel were killed.

Swaraj said the air strike was carried out in self-defence.

"The Army was told to target only the terror camps of the Jaish-e-Mohammad, which had taken the responsibility for the Pulwama attack. And, our Army did the same without harming any Pakistani citizen or soldier," said Swaraj.

The foreign minister said the entire international community supported had India over the air strike. Praising Prime Minister Narendra Modi, she said he has emerged as a top international leader who sets the agenda for the world.

Referring to the 2008 Mumbai terror attack, Swaraj said the then Congress-led UPA government had failed to take along other countries to isolate Pakistan in the world despite the fact that 40 foreign citizens belonging to 14 countries had also died in the strike.

The External Affairs Minister said Pakistan had raised objection to the invitation extended to India for a meet of the Organisation of Islamic Cooperation (OIC) in Abu Dhabi last month, but the host county UAE snubbed Islamabad.

Stressing on a full majority government led by the BJP this time also, Swaraj said Vajpayee could not do all the things he wanted because he was heading a coalition government (1998-2004).

Swaraj, who was a minister in the Vajpayee Cabinet also, said coalition governments face pressure. "You must be wondering how Modiji could do so many things in these five years. He could do it because he was heading a full majority government. If he was running a coalition government, then he might have been in some pressure," she said.

"I have seen it. I was a minister in the Vajpayee government. Atalji wanted to do so many things. But, since he was heading a coalition government, he could not do all those things. Modiji could do it because people gave us a full majority," said Swaraj.