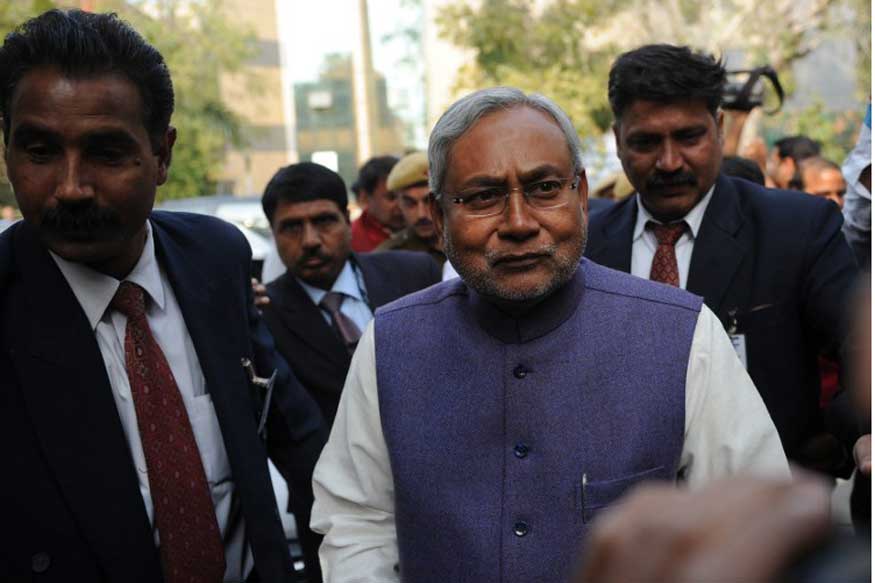 Patna: Bihar Chief Minister Nitish Kumar on Thursday hit out at his JDU colleague Pavan Varma for making a letter public that revealed the alleged personal conversations between the two leaders which questioned the party’s alliance with BJP and stand on the contentious Citizenship Amendment Act.

Speaking to the media, Kumar said: “This is not the way to express your displeasure... he [Varma] says I told him certain things, should I tell you what he said to me? I respect him... If he want to go to some other party that is his decision... he has my blessings.”

In a major embarrassment for the BJP-JDU combine, JDU general secretary Varma — who was earlier at odds with the chief minister over the "divisive CAA-NPR-NRC scheme" — confronted him over the alliance with the saffron party for the upcoming Delhi elections, saying he was “deeply perplexed” by the development.

Varma said he was “asking him how the JD(U) has formed an alliance with the BJP for the Delhi elections, given his own views on the BJP, and the massive national outrage against the divisive CAA-NPR-NRC scheme”.

"On more than one occasion, you have expressed your grave apprehensions about the BJP-RSS combine," Varma said in the letter, which he also put out on his Twitter handle.

This is the letter I have written to ⁦@NitishKumar⁩ today asking him how the JD(U) has formed an alliance with the BJP for the Delhi elections, given his own views on the BJP, and the massive national outrage against the divisive CAA-NPR-NRC scheme. pic.twitter.com/ErSynnuiYm

He added, “Even after you changed tracks and aligned again with the BJP in 2017, your private apprehensions regarding the BJP did not change. For instance, I remember your confessing to me in private how the current BJP leadership has humiliated you. You maintained, on more than one occasion, that the BJP is leading India into a ‘dangerous space’.”

Varma then asked if these were Kumar’s “real views”, “I fail to understand how the JD(U) is now extending its alliance with the BJP beyond Bihar, when even long standing allies of the BJP, like the Akali Dal, have refused to do so”.

Concluding his letter, Varma stressed on the “urgent need” for the JDU to “harmonise what the party constitution says, what the leader of the party feels in private and what actions the party takes in public”.

This is not the first time Varma has cornered the chief minister. Earlier, he joined his party colleague Prashant Kishor to voice his disappointment with the JDU’s decision to back the BJP on the Citizenship Amendment Act, which has triggered widespread protests across the country.

The BJP has allotted two seats to the JDU and one to the LJP — its Bihar allies — for the Delhi polls. This is widely seen as an attempt to placate the partners ahead of the Bihar elections scheduled later this year, more so after the BJP’s allies in Maharashtra and Jharkhand deserted it.

Delhi is Burning, But No Action From Home Minister Amit Shah: Ashok Gehlot