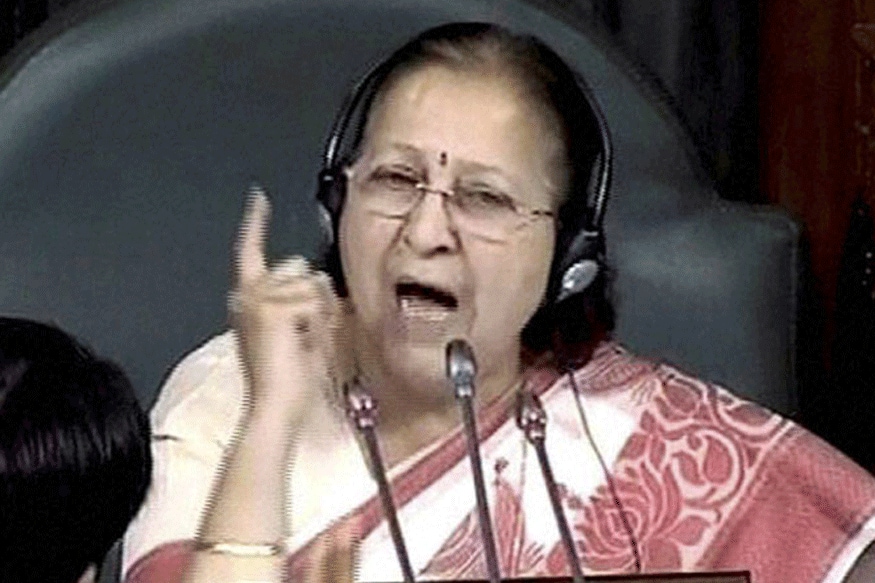 Congress state secretary Rakesh Singh alleged that Indore Eye Hospital had been under Mahajan’s patronage for years and she had helped it regain its licence in 2011 following a similar goof-up in 2010 which left 18 blind.

Singh also alleged the role of RSS office bearers, who he said had been associated with the private hospital since its inception. According to him, two of the hospital’s administrators –Dr Sudheer Mahashabde and Subhash Bandey, are full-time RSS members.

“The then Chief Minister Shivraj Singh Chouhan and Health minister had reinstated hospital’s licence after pressure was exerted by the then MP Sumitra Mahajan,” Yadav alleged further. Yadav corroborated his claims with pictures of Dr Mahashabde and Subhash Bandey clad in RSS uniforms. He further alleged that Mahajan’s close aide Jayant Bhise is a partner in the hospital.

Former Bhopal MP Alok Sanjar hit out at the allegations terming them baseless. “Why did the Health minister, who is an Indore native, take cognizance of the victims’ plight and only swing into action after media highlighted the matter,” asked Sanjar.

The BJP leader claimed it wasn’t an occasion to trade charges but to ensure proper treatment to the victims to restore their eyesight and offer them compensation. Blaming the organisers of the eye camp for neglect, Sanjar asserted that no BJP leader was involved in the incident.

Senior ophthalmologist Dr Raman Rawal was brought to Indore to take care of the victims. Three of the 11 patients will be flown to Chennai to be treated at Shankar Netralaya on Monday. The MP government has announced that it will bear the cost of their treatment.

Health minister Tulsiram Silawat visited the hospital on Sunday. Pictures of him sitting on the floor and apologising to the victims of the botched surgeries have since gone viral on social media.

The state government slapped notices on Chief Medical and Health Officers of Indore, Bhopal and Dhar for suppressing the matter despite the incident coming to their notice and the Kamal Nath government revoked the hospital’s license.