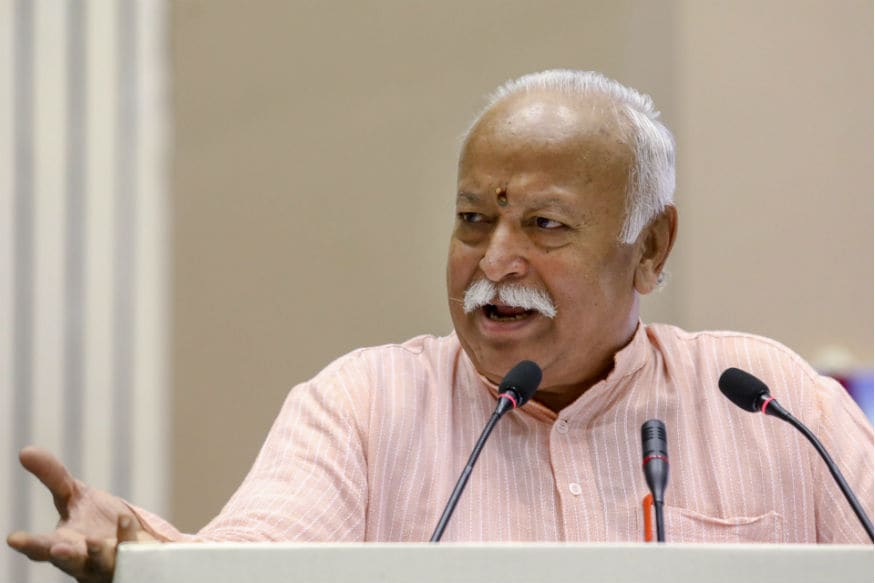 Kolkata: RSS ‘Sarsanghchalak’ Mohan Bhagwat will be on a five-day visit to West Bengal to chair a mega organizational meeting with all the ‘Sangathan Pramukhs’, that are active in state. The meeting is aimed at a one-on-one interaction with all the 37 'Sangathan’ heads of Kreeda Bharati, Arogya Bharati, Siksha Bharati, Seva Bharati, Saksham (for physical challenged) among others, to know the achievements made in Bengal so far and the issues they are facing while executing their respective work.

This visit, third in less than two months, comes nearly two weeks after Bhagwat visit Kolkata on August 31. Earlier, he was in the city on August 1.

Bhagwat, who will reach Kolkata on September 19, will chair the mega interactive session to be held at the Sarada Sishu Mandir at Tantiberia near Uluberia at Howrah district on September 22 and 23. “There are misconception about RSS and therefore one of the agenda of the meeting will be to clear the delusion among the people in Bengal to increase the acceptability among the masses,” a RSS worker said.

Prior to the session, on September 20 and 21, the RSS chief will meet some of the well-known personalities in Kolkata including renowned Indian classical musician Ustad Rashid Khan. On September 23 evening, he will leave for Nagpur after chairing the two days sangathan meeting at Howrah.

This is for the first time after the 2019 Lok Sabha poll results, Bhagwat will chair such a mega meeting in Kolkata. “He want us to increase the presence of RSS in Bengal with a clear narrative on what we do. He asked us to clear misconception about RSS among the common people. The upcoming meeting will be crucial as this will decide our next plan of action on serving the society for coming couple of years,” sources said.

On his previous visit, Bhagwat had asked the key Sangha ‘Karyakartas’ (workers) in Bengal to connect with Muslim community/minorities, who strongly believe in ‘Jatiyatabad’ (nationalism). He had asked workers in Bengal not to shy away from accepting mistakes if they failed to make common people (mainly non-political) understand what ‘Samajik Seva’ (social service) RSS does for the people.