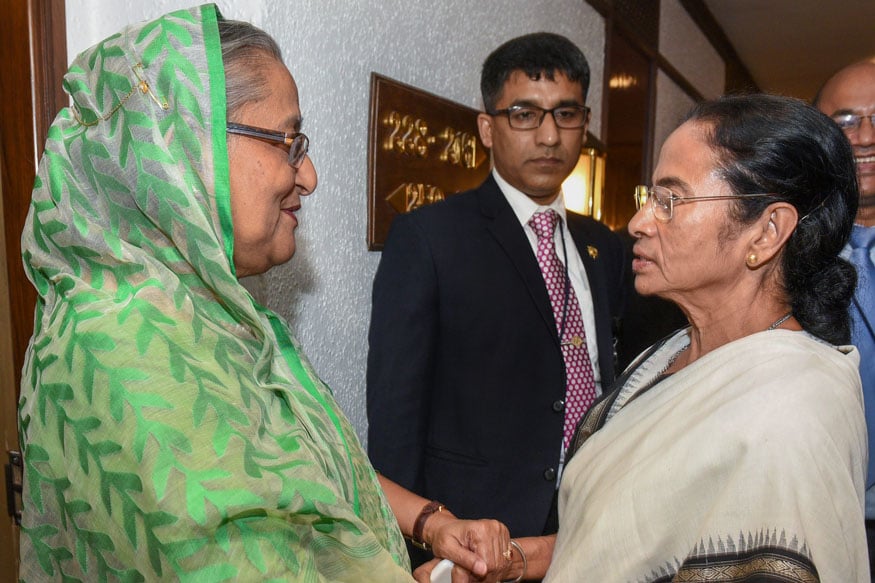 As per the schedule, Mamata, Shah and Hasina will meet two times during the day, including one around noon and the second one late in the afternoon.

Another meeting was added at the last moment exclusively between Mamata and Hasina at 6pm in a five stat hotel in Kolkata.

Though, Mamata said that the meeting with Hasina is a courtesy call but party insiders claimed that is eager to share the current situation over NRC in India and how it will have an impact on Bangladesh as well. On the other side, Hasina, is keen to convince Mamata to resolve the long-pending Teesta water row.

“I will be meeting her (Hasina) in the afternoon. Second meeting will in the evening and third one will be around 6 PM in a hotel. It will be a courtesy meeting,” Mamata told the media persons.

Individuals found illegally living in India would face deportation under the National Register of Citizens (NRC). Shah has on several occasions warned that all the illegal immigrants who came from Bangladesh will be thrown out of the country.

In September, soon after Assam Finance Minister Himanta Biswa Sarma had said that ‘friend’ Bangladesh would be approached to take back its people following the declaration of updated final list of the National Register of Citizen, Bangladesh Home Minister Asaduzzaman Khan claimed that as far he is aware of, no one from his country had moved to Indian after 1971.

Then, speaking exclusively to News18 from Dhaka, Khan had said, “Yes, I am aware of the NRC list being declared in Assam. It is purely an internal matter of India and we have nothing to do with it. All I can say is that no one from Bangladesh went to India after 1971.”

International affairs experts feel that NRC could have a long impact on India-Bangladesh relationship. Not the least, it will also have an adverse effect in the Indo-Bangladesh border.