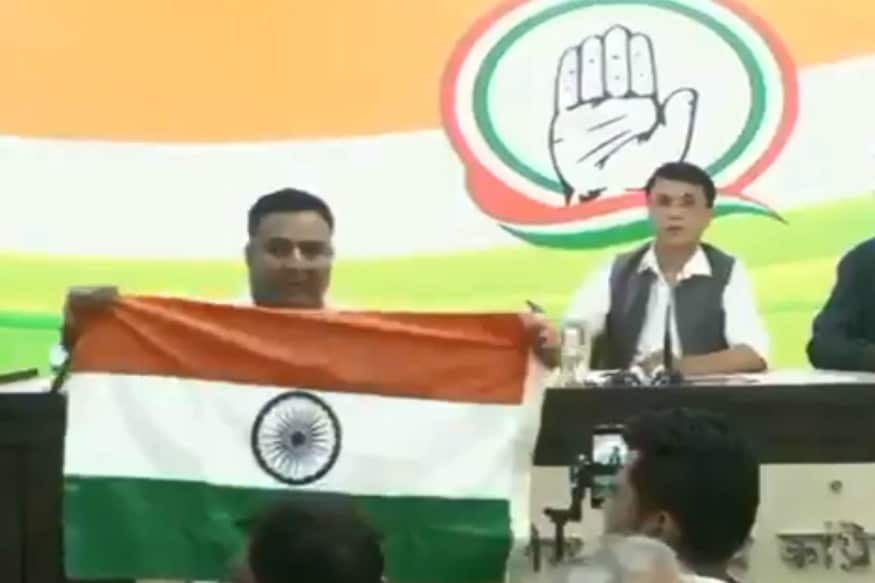 New Delhi A Maharashtra youth created a flutter in the Congress headquarters when he suddenly raised slogans of "Bharat Mata ki Jai" during the daily media briefing of the party.

While Congress spokesperson Pawan Khera was addressing the media and attacking Uttar Pradesh Chief Minister Yogi Adityanath by addressing him as "Ajay Singh Bisht", the youth, Nachiketa Walhekar (39) from Ahmednagar in Maharashtra, got up from his seat and started raising slogans with the national flag in his hand.

He was also objecting to the Congress leader using "Ajay Singh Bisht" for Adityanath and later questioned Congress chief Rahul Gandhi "for not doing any development work in Amethi".

He was quickly whisked away by Congress workers and security guards. He later claimed before curious mediamen that he was an MA in defence and strategic studies and was an "inactive" BJP member.

After interrogating Walhekar, the police said that "nothing adverse has come to notice so far". He identified himself as a social activist, the police said, adding that further investigation was underway.