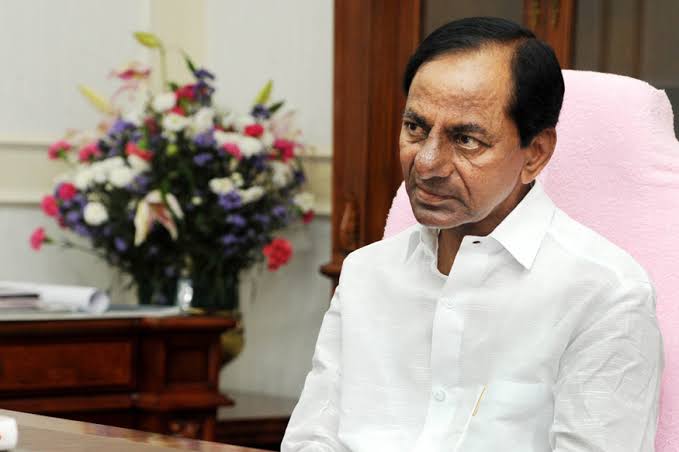 Hyderabad: Telangana Chief Minister K Chandrashekhar Rao on Saturday disputed the Centre's claim that there is no impact of the economic slowdown in the country.

He said the Centre is making tall claims on a daily basis, both in Parliament and outside, that there is no effect of economic slowdown in the country, but the facts are quite different.

Stating that there is a decline in the funds received from the Centre towards the state's share in taxes, Rao said there is no match between what central ministers are proclaiming in Parliament and the ground realities. He warned that if this situation continues, the state's financial position may turn grave.

KCR, as the chief minister is popularly known, said the economic situation is in a state of uncertainty and asked the principal secretary (finance) to decrease funds for all the departments in tune with the decrease in funds from the Centre. He also instructed all the departments to reduce expenditure.

Rao also wrote to Union Finance Minister Nirmala Sitharaman, urging her to release funds to the state as stipulated in the Union Budget or else declare the facts.

Rao is also planning to visit Delhi in the next five or days to meet Prime Minister Narendra Modi and Sitharaman to apprise them of the difficulties faced by the state on account of funds not being released by the Centre.

According to an official statement, the review meeting conducted by Rao with top officials on Saturday felt that the Centre's faulty polices led to the current situation. It was noted that the Centre announced in the 2019-20 Budget that it will give Rs 19,719 crore to Telangana towards the state's share in taxes. This is 6.2% more than Rs 18,560 crore allocated in the 2018-19 Budget.

“However, till date, the Centre gave Rs 224 crore less. This would mean that as against 6.2% hike as proposed in the current financial year Budget, there is in fact a decline of 2.13%," the statement said.

Instead of receiving an enhanced amount, the state has received less. With further slowdown of the economy during the second quarter, it is likely that there will be a further reduction in tax devolution, the CM’s letter added.

Because of the slowdown in economy, there is a shortfall in GST collections compared to the benchmark growth of 14%, and an amount of Rs 1,719 crore is due as compensation as mandated under the GST Act. “During the current financial year, we have received compensation for the first four months only and the balance amount is due,” the letter said.

The state is waiting for its legitimate dues of Rs 4,531 crore of GST, while at the same time it is also suffering due to a shortfall in tax devolution, Rao said in the missive, adding denial of funds would prevent development of the state.

The meeting observed that the Centre also failed to give Rs 2,812 crore IGST funds as part of GST for 2017-18.

Principal Secretary (finance) Ramakrishna Rao recently visited Delhi and brought to the notice of the Central government officials that Telangana got 8.3% less on the tax share account. He said due to the decrease in the funds allocation, several schemes in the state would face difficulties.

Responding to him, the Central government officials said the situation is grim and cautioned that the decrease may well go up from 8.3% to 15%.

Prashant Kishor on Nitish Kumar's claim: 'What a fall for you to lie on how I joined JD'